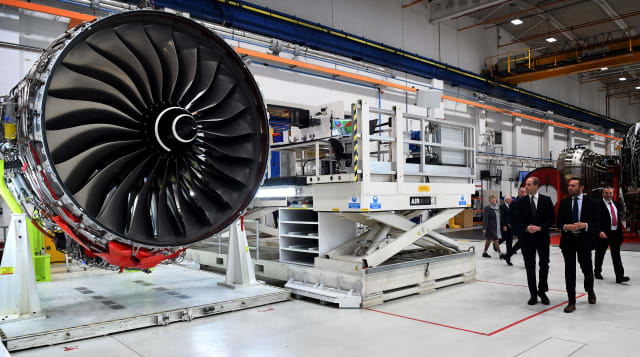 Investors took some heart at what on the face of it looked like a problematic update from Rolls-Royce as it withdrew financial guidance and scrapped its final dividend.

The engine-maker said it had faced a £300 million headwind from the outbreak of coronavirus, which has grounded airlines’ fleets around the world.

Chief executive Warren East said: “We find ourselves in unprecedented times, both as a company and as a key player in vital power markets across the world.

“Our priority is to do everything we can to safeguard the lives and livelihoods of our people and to play our part in helping our customers, partners and communities.”

Rolls-Royce said it would free up around £750 million in cash flow by slashing its global wage bill by at least 10%, not hiring external candidates, and cutting back on consulting, non-essential travel and sub-contractor costs.

Senior management and the board will take a 20% pay cut for the rest of 2020, the company said.

It will save another £137 million from scrapping the final dividend.

However, shareholders will look towards progress on the Trent 1000 engines.

Around 10 fewer aircraft are now grounded over issues with the plane engines, down from the mid-30s in February.

The number of grounded planes is likely to hit single digits by the end of the second quarter.

Shares rose around 13% after the news.

However, it follows a period in which Rolls-Royce dropped more than half its value in just a month, even after Monday’s rise.

Ian Forrest, at online broker The Share Centre, said: “Investors will be pleased to hear the company is getting on top of the long-running issues with the Trent engine, and also that defence activity has not been affected by Covid-19 as yet.

“However, there were few other positives for investors in this update.

“Before the coronavirus outbreak there were signs of improvement thanks to the efforts of CEO Warren East but, with the current grounding of so many commercial jets, for what may be an extended period, the short-term outlook remains difficult.”