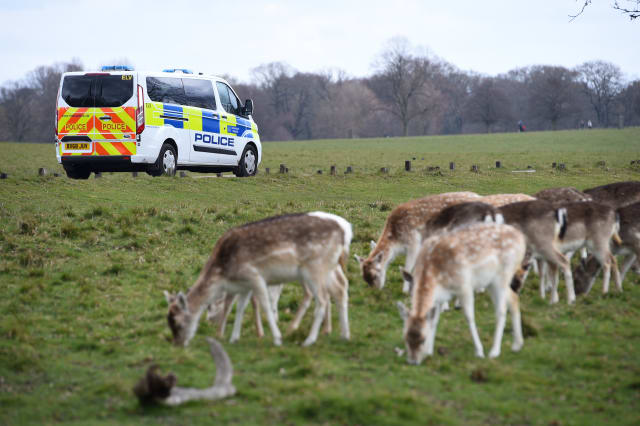 Parks will keep being closed as a last resort if people continue to break social distancing rules, it has been warned.

The outdoor spaces are recognised as a “lifeline” for many, but councils will be “reluctantly forced to close them” should measures be flouted by the public, the Local Government Association said.

The warning came after a senior minister urged councils not to shut parks unless it is “impossible” to maintain social distancing in them.

Housing and Communities Secretary Robert Jenrick said on Monday that he had called local leaders to warn them to be “very judicious” in locking open spaces.

One London authority closed a park over the weekend after reporting thousands of visitors flocking to it to enjoy the sunny, warm weather.

The closure of some spaces especially in built-up areas has sparked concerns that public confidence could be lost if those in power with gardens and ample living space tell those who live in crowded conditions they cannot go to the park or exercise outdoors.

Mr Jenrick said he had a “lot of sympathy” in that respect and called on councils to take a sensible approach.

“This is their decision, but I have asked them to be very judicious in taking that step and only to do that where they feel it is impossible to maintain social distancing rules within their parks or open spaces,” he told BBC Radio 4’s Today programme.

“I think that is what motivated them over the weekend.”

In response, councillor Gerald Vernon-Jackson, chairman of the Local Government Association’s culture, tourism and sport board said they are well aware of the importance of open spaces to people who are only allowed out once a day.

He said: “This is a national emergency and the minority of people who do not adhere to the guidance need to change their behaviour to keep us all safe.

Councils are constantly monitoring the situation regarding our parks.

“Councils know that parks are a lifeline for residents needing to get some exercise or fresh air and are great for physical and mental wellbeing.

“This is why councils want to keep parks open, but people need to follow the social distancing advice, otherwise councils will be reluctantly forced to close them as a last resort to help prevent the coronavirus spreading.”

Sunny, warmer-than-average conditions are set to continue this week, with a peak of around 24C (75.2F) forecast for Wednesday and Thursday in southern England, the Met Office said.

Mr Jenrick implored people to stay inside, with the potential for more good weather and the Easter weekend approaching being big temptations to breach the lockdown.

He insisted there are no “imminent plans” to impose greater restrictions after warnings that outside exercise could be banned, and suggested that measures could be “very carefully” relaxed before long if the “excess capacity” in NHS intensive care units can be maintained.

He added: “But an exit strategy that’s sustainable will also have to be accompanied by much greater testing and tracing than we are able to do today.”

One council to shutter a green space was Lambeth, which closed Brockwell Park in south-east London after saying 3,000 people, many sunbathing or in large groups, had visited on Saturday.

The park reopened on Monday and councillor Sonia Winifred said she hoped the temporary closure ensured that the message was “crystal clear” to people who ignored social distancing measures.

“We will continue to monitor social distancing as far as possible during this lockdown, in co-ordination with the police,” she said.

Police moved people on in north-west London’s Primrose Hill and rules were breached on the south coast too, but the consensus in Government is that the public are largely obeying the rules.

But there is some public confusion over whether it is acceptable to sit down and enjoy the sunshine when once-daily exercise is condoned under the official guidelines.

Health Secretary Matt Hancock, however, warned that “sunbathing is against the rules”.