No 10 hits out at Russian ‘disinformation’ after Johnson ventilator report 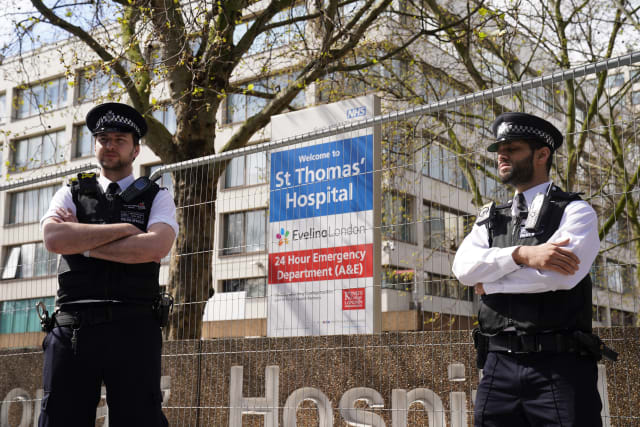 Downing Street has hit out at Russian “disinformation” after a state-run news agency claimed Boris Johnson would soon be put on a ventilator as he struggles with coronavirus.

The Prime Minister remained in hospital on Monday, where he was under observation with “persistent” symptoms of Covid-19 which he has had for 11 days.

Mr Johnson said he was in “good spirits” in St Thomas’ in London, where he was said to be continuing to work while having the symptoms of a cough and a temperature.

His official spokesman described him as having spent a “comfortable night” after being taken to hospital as a precaution.

But Russia’s RIA-Novosti had claimed Mr Johnson would be put on a ventilator, citing a “source close to the leadership” of the NHS.

The PM’s spokesman said: “That is disinformation. Our specialist government units have seen a rise in false and misleading narratives since the coronavirus pandemic started. It’s vital that any disinformation is knocked down quickly.”

Ministers are continuing to work with social media companies to “press for further action to stem the further spread of falsehood and rumours”, he added.

Downing Street also criticised the “crazed conspiracy theory” that 5G masts spread coronavirus and warned that any vandals who destroy them are putting lives at risk.

Culture Secretary Oliver Dowden will speak to social media giants this week to state the need to stop the spread of the nonsense theory.

“You’ve seen reports of criminal vandalism against 5G masts; people need to understand that by destroying these masts they’re actually putting lives at risk because these are masts that emergency responders rely upon,” the spokesman added.

Celebrities have been accused of fanning the flames of the conspiracy theories.

Actor Woody Harrelson and former Dancing On Ice judge Jason Gardiner are among stars who have shared misinformation.