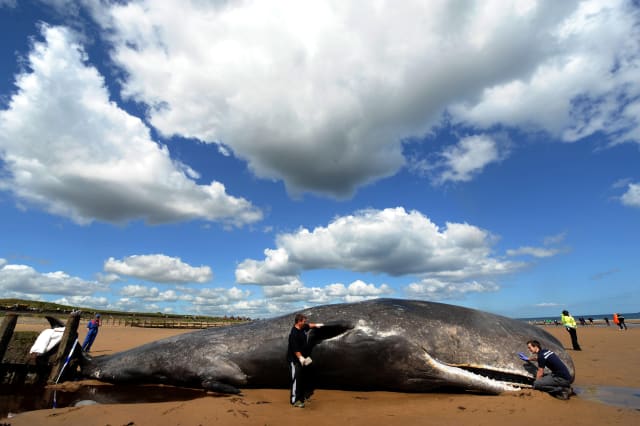 A council’s attempt to push the stay-at-home message using a cautionary tale of an exploding whale has struck a chord with social media users.

Doncaster Council decided to recount the 1970 story of a disastrous attempt to blow up a dead whale on a beach in Florence, Oregon, in the United States, in a thread of 15 posts on its official Twitter account on Monday.

The South Yorkshire local authority said the decision to blow up the whale went “horribly wrong” but could teach everyone lessons about our response to Covid-19.

The council said: “The problem hadn’t gone away, only now there were thousands of bits of problem spread for miles around.”

“So why do we tell you this story? Well, as far as we can see, there are three #coronavirus lessons here:

“DON’T IGNORE THE ADVICE THAT EXPERTS GIVE YOU. They know what they’re talking about.

“Sometimes, it’s better to just sit at home and do nothing than go outside and do something ridiculous. Let nature take its course.

“When you ignore expert advice and act like an idiot, you cover everyone else with decaying whale blubber. #StayHome and stop being selfish.”

The council began to trend on Twitter as the post was retweeted more than 16,000 times and liked more than 27,000 times within a couple of hours.

Among those lapping up the advice was a woman who posted: “I don’t live in Doncaster and don’t know anyone who does, and have no real need of civic updates from your lovely town.

“I am following you anyway for whale-related history and more. Long live Doncaster Council.”

Another said: “Whoever is running your twitter feed is pure genius.”

And other social media users could not resist a reference to the Queen’s national address with the observation: “Whale meat again.”

The viral post comes a fortnight after the council’s social media team lit up Twitter with another multi-post, stay-at-home-related thread about the Russian military hero Stanislav Petrov.

Petrov, the council reminded its followers, averted nuclear disaster in 1983 when his patience revealed an American attack on the Soviet Union to be a false alarm.

The council said: “In the end, Stanislav Petrov was proved right – it had been a false alarm.

“His calmness, his level-headedness, and his choice to do NOTHING, literally saved the world from destruction.”