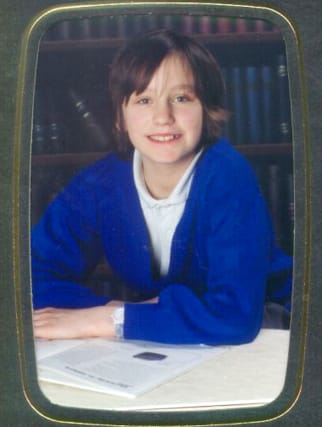 Police have issued an anniversary appeal 20 years on from the disappearance of a 14-year-old girl – saying “It’s now time to tell”.

Sarah Benford was last seen in the Kettering area of Northamptonshire on April 6 2000, before a murder probe was launched three years later.

Speaking on the anniversary of her disappearance, Detective Sergeant Julie Gallagher, of Northamptonshire Police, said that, despite having no current suspects, officers believe somebody knows what the teenager’s last movements were.

She told the PA news agency: “Today is the anniversary – it’s been 20 years since Sarah Benford went missing. We’re desperate to try and find where Sarah is.

“It’s still a live investigation and we still regularly receive intelligence. We’re currently reviewing all lines of investigation just to see if something has been missed or if there’s something that someone can pick up to give us a new line of inquiry.”

“Fortunately we did find a gun but we’ve been unable to link that weapon to the crime scene.”

Asked if she feared the case would go unsolved, DS Gallagher said: “I really, really hope it doesn’t.

“I’ve been working on the case for seven years. I don’t intend to go anywhere and I actively work on it every day.

“I really think there is a chance we can find Sarah, but we do need the people, certainly in Kettering, to work with us – because somebody knows what her last movements were, and they just need to talk to us.”

Addressing what the motive could be behind the schoolgirl’s disappearance, DS Gallagher said: “Sarah had only just recently turned 14 when she went missing – she was a child.

“I don’t know what anybody’s motive could be to murder anybody, certainly not a child.

“Whether something has gone wrong, whether she has been caught up in the middle of something – either way, somebody must know because we haven’t found her body so somebody is involved.”

Asked if she had a message for anybody with information, DS Gallagher said: “Time moves on, it’s been 20 years. It must play on people’s minds.

“If people were there that didn’t commit the murder but saw something, it’s now time to tell.

“We want to find Sarah and we want to take her home to her family.”

Addressing how the family had been coping throughout the past 20 years, she said: “Unfortunately it will never go away for them.

“We remain actively investigating the inquiry, they are aware of that, so they are living it.

“It was Sarah’s birthday a couple of weeks ago and then this appeal today – they will have to relive things.

“It must be so hard to lose a child and even harder when we’ve not been able to find where Sarah is, and let the family give her the funeral they want to say goodbye.”

Speaking about the size of the investigation, DS Gallagher said: “It’s been a really large-scale investigation for the past 20 years.

“We’ve had over 800 statements that have been taken, people have been arrested during this inquiry, and we still have a team of five people on this inquiry.

“The searches have taken us to London, to Wales and all over the country – it’s a really big inquiry.

“It’s certainly one that will not be forgotten any time soon.”

DS Gallagher urged anyone with information about Sarah’s disappearance to contact Northamptonshire Police free of charge on 101 and ask for the cold case team, quoting Operation Yacht.