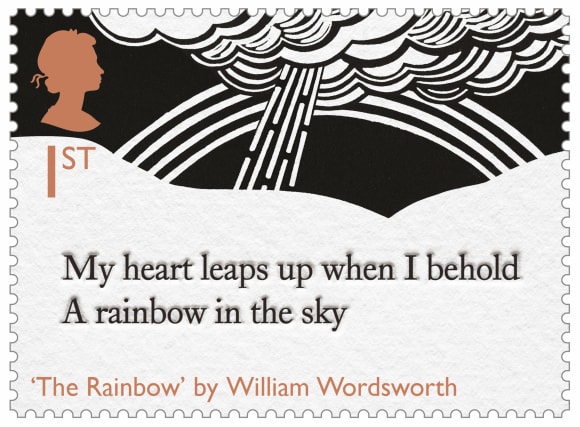 A set of special stamps is being issued to mark the 250th anniversary of the birth of renowned poet William Wordsworth.

Each of the 10 stamps includes an extract from one of their most popular and enduring works, along with a specially commissioned monochrome design that reflects the theme of the poem.

Some of the Romantic poets became international household names, with William Wordsworth seen as the primary voice of his era.

His early work was initially neglected, but in 1843, Queen Victoria made him Poet Laureate.

Royal Mail spokesman Philip Parker said: “The Romantic poets composed some of the most loved poetry of all time, and our striking new stamps celebrate the genius of their imaginations.”

Royal Mail worked with the award-winning biographer, Jonathan Bate, on the stamp issue. The images are lino-cut illustrations by artist Linda Farquharson.

The stamps are on sale from Tuesday.