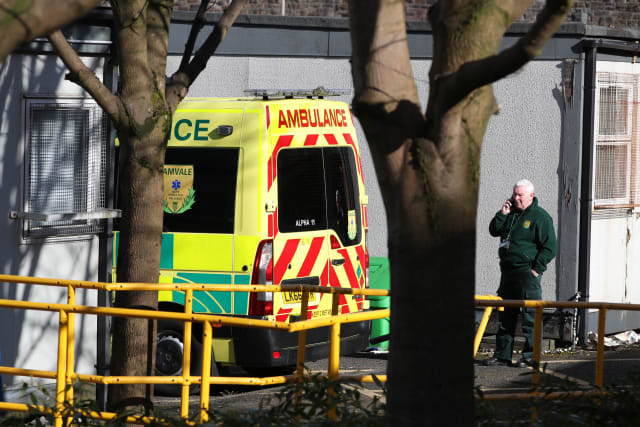 The number of people in Scotland who have died after contracting coronavirus is up to 220, a rise of two from Saturday, the Scottish Government has said.

A total of 3,706 people across Scotland have now tested positive for the virus, up from 3,345 on the previous day, according to the latest figures published on the Scottish Government website.

In total, 23,143 patients have been tested across the country since the outbreak began which has led to numerous drive through facilities opening – including one at Glasgow Airport – and the construction of a temporary hospital at Glasgow’s SEC.

First Minister Nicola Sturgeon again reiterated the figures should not be taken as truly representative of events from the weekend, with a change in the way deaths are reported.

Sunday’s briefing also included an apology from chief medical officer Dr Catherine Calderwood after photos of herself and her family near a coastal retreat in Earlsferry were published in The Scottish Sun.

Ms Sturgeon said she does not condone anyone breaking the guidance on preventing the spread of the virus, but added it would be “damaging not to have the ongoing advice and expertise” of the doctor during the pandemic.

Police Scotland Chief Constable Iain Livingstone said officers had visited Dr Calderwood and issued a warning about her conduct, with other political parties also criticising what was confirmed as an overnight stay at the second home.

Dr Calderwood said her reasons for visiting the house – a drive of more than an hour from her main Edinburgh residence – were “not legitimate” and she is “truly sorry for not following advice she gave to others”.

As well as the daily updated figures, the First Minister also said: “I can confirm today that the provider of the Burlington Care Home has notified the Care Inspectorate of 16 deaths over the period March 27 to today.

“Twelve of those were displaying symptoms consistent with Covid-19.

“We remain in close contact with Burlington Care Home through the Inspectorate about the situation there.

“The home currently has sufficient staff cover and it also has adequate supplies of personal protective equipment.

“More broadly we’re in close contact with the Care Inspectorate to understand how Covid-19 is affecting the delivery of care across the country.”

Elsewhere, almost 10,000 people including more than 4,700 health care staff have offered the NHS their support.

From that 9,908 there are medical and nursing students, retired NHS staff, those on a career break from the service and outside healthcare workers.

Meanwhile, the Scottish Government also announced families unable to access food as a result of the outbreak will get support from local authorities with £30 million of new investment.

The funding will support those most in need including families with children who are eligible for free school meals, older people, those with long-term health conditions and pregnant women.

Councils will split the fund with £4.7 million allocated to Glasgow, £2.2 million for Fife and £2.1 million in North Lanarkshire.