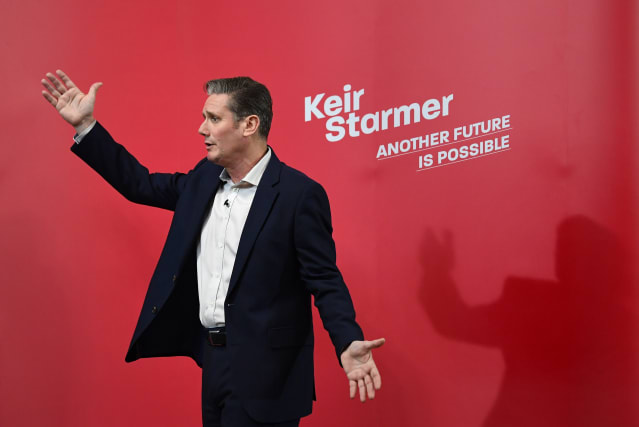 Sir Keir Starmer has pledged to bring the Labour Party together after he won the race to replace Jeremy Corbyn by a landslide.

The human rights lawyer beat rivals Rebecca Long-Bailey and Lisa Nandy after the first round of counting, securing 56% of the 490,731 votes cast.

Sir Keir, who was named after Labour’s first parliamentary leader Keir Hardie, said his election was the “honour and privilege of my life”.

In an acceptance speech posted on social media, he said his mission is to restore trust in the party as “a force for good and a force for change”.

He also apologised for anti-Semitism in Labour which has brought “grief” to Jewish communities.

Angela Rayner won the deputy leadership with 52.6% of the vote in the third round, and promised to “do everything” to repay her supporters’ trust.

She tweeted: “I know we face a long and difficult road ahead but it’s our responsibility to offer the better future that the citizens of our country deserve.”

Shortly before the result was announced, Boris Johnson wrote to opposition party leaders inviting them to a briefing and insisting “we have a duty to work together at this moment of national emergency”.

The Prime Minister congratulated Sir Keir in a call on Saturday afternoon and the pair agreed to meet next week to discuss the coronavirus crisis.