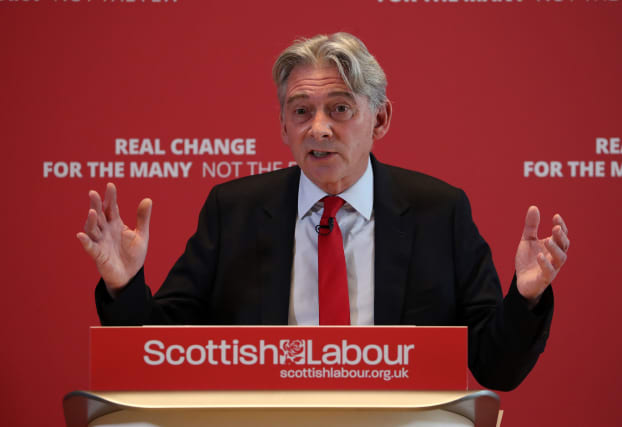 The head of Scottish Labour has said newly-elected Labour leader Sir Keir Starmer “gets Scotland” and he is looking forward to them working closely together.

Richard Leonard said Sir Keir will make an “outstanding” leader of the party and also praised the election of Angela Rayner as deputy leader.

Sir Keir won 56% of the votes cast in the leadership contest, beating rival candidates Rebecca Long-Bailey and Lisa Nandy to take over the top job from Jeremy Corbyn.

Ms Rayner won the deputy leadership race by 52.6% of the vote, with others standing including Scotland’s only Labour MP Ian Murray as well as Dr Rosena Allin-Khan, Richard Burgon and Dawn Butler.

Mr Leonard said: “Keir will make an outstanding leader of the Labour Party and future prime minister. He has the overwhelming support of members right across the party.

“Keir has a fine intellect but has his feet on the ground. He knows what we need to do to change this country, to come through this Covid crisis and to build a better society.

“He gets Scotland and the urgent need for a constitutional convention to modernise Britain. I am looking forward to working closely with him.”

He added: “Angela’s election will bring a new energy and campaigning zeal to help lead the party, so I am delighted to see her win such a clear mandate.

“I know that she’ll be working closely with the Scottish Labour Party to rebuild our support and party organisation.”

Edinburgh South MP Mr Murray said: “Keir has won a resounding victory and a mandate to rebuild our party to return us to government.

“I campaigned tirelessly with Keir to try to prevent the calamity of Brexit, and I am proud to call him a friend. He will be a great leader and the Labour movement’s job is to work together to make him the next prime minister of our country.”

He congratulated Ms Rayner on her win and praised a “hugely enjoyable and good-natured contest” as he thanked those who voted for him.

Meanwhile, SNP Westminster leader Ian Blackford issued a plea to Sir Keir for opposition parties to work together during the coronavirus pandemic.

He said: “I congratulate Keir Starmer on his election and look forward to meeting with him.

“At this unprecedented time, it’s vital opposition parties work together effectively to hold the UK Government to account – and ensure people get the support they need in the coronavirus crisis.”

He added: “I do not envy the position Keir Starmer finds his party in. Support for Labour has collapsed in Scotland.

“If they are ever to regain trust, they must stop ignoring Scotland’s wishes and respect our democratic right to choose our own future.”

Manhunt after shooting at house leaves one dead

Lord Patten calls on PM to act on Hong Kong

Cummings silent as he is questioned by reporters