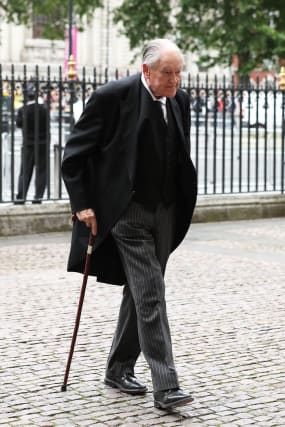 One of the most senior civil servants under three prime ministers between the 1970s and 1980s has died at the age of 93.

Lord Robert Armstrong of Ilminster served in the highest echelons of government under Ted Heath, Harold Wilson and Margaret Thatcher.

Born in Headington, Oxford, on March 30, 1927, he was educated at Eton and then Oxford before entering the civil service.

Lord Armstrong rose rapidly through the ranks to become principal private secretary to the prime minister in 1970.

Despite his successful career, Lord Armstrong became forever associated with the phrase “being economical with the truth” for his role in the Spycatcher trial in 1986.

The British government was seeking to ban the publication of the autobiography of former senior MI5 officer and assistant director Peter Wright.

Wright wrote the book in Tasmania following his retirement, but publication in the UK was banned after the government alleged it leaked confidential information.

Lord Armstrong was later sent as a key witness when the British government sought a similar order in Australia.

He was widely ridiculed in the British press for his ambiguous and apparently deceptive answers in exchanges with Wright’s lawyer Malcolm Turnbull – later prime minister of Australia.

Lord Armstrong became forever associated with his definition of the difference between a lie and a misleading impression as “perhaps being economical with truth”.

The phrase was coined by philosopher Edmund Burke but was not in popular usage before the Spycatcher trial.

The government’s bid to have the book banned in Australia was unsuccessful, and publicity from the court case helped Spycatcher become a best-seller.

He was made a life peer in 1987 and sat in the House of Lords as an independent cross-bencher.

From 1994 to 2006, Lord Armstrong served as chancellor of the University of Hull, and was chairman of the Sir Edward Heath Charitable Foundation until 2013.

The trust is responsible for maintaining Heath’s stately home Arundells as a public attraction and art gallery.

He added justice required it should be accepted that Sir Edward was not a child abuser and to “consign Operation Conifer to the dustbin of history”.

He was also strongly against the UK’s decision to quit the EU, saying: “I fear leaving the European Union will prove to be a threat to the integrity of the United Kingdom and a threat to the peace process in Northern Ireland and our relations with the Republic of Ireland.”

Lord Armstrong had two daughters with his first wife Serena Chance, whom he married in 1953.

The couple in divorced in 1985 and he went on to marry Mary Carlow.