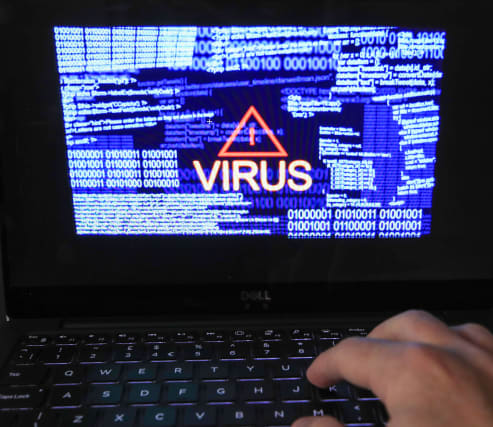 Cybercriminals are exploiting the coronavirus crisis and threatening to hold hospitals to ransom despite the life-saving work they are carrying out, Interpol has warned.

It has issued a global alert to health care organisations about the ransomware attacks, often disguised as official advice from government agencies, which are designed to lock administrators out of the critical IT systems they need.

The criminals will demand payment before the hospital staff are allowed back in, like the way the NHS was attacked with the WannaCry virus in 2017.

Interpol’s Cybercrime Threat Response has detected a “significant increase” in the number of attempted ransomware attacks against key organisations around the world.

It has alerted all 194 of its member countries and is working with the cybersecurity industry to gather information about the attacks as well as assisting national police forces.

Interpol secretary Jurgen Stock said the malware attacks could be deadly, coming as they do as the coronavirus outbreak response reaches a critical level around the world.

He said: “As hospitals and medical organisations around the world are working non-stop to preserve the well-being of individuals stricken with the coronavirus, they have become targets for ruthless cybercriminals who are looking to make a profit at the expense of sick patients.

“Locking hospitals out of their critical systems will not only delay the swift medical response required during these unprecedented times, it could directly lead to deaths.”

Interpol said prevention and mitigation were key, with the malware mainly being spread by emails.

They often claim to contain information about the outbreak from an official source, encouraging the recipient to open an attachment which can then infect their system.

Interpol is advising hospitals and healthcare companies to ensure hardware and software are kept up to date, and that essential files are backed up.