Government urged to step in and save rail works from closure 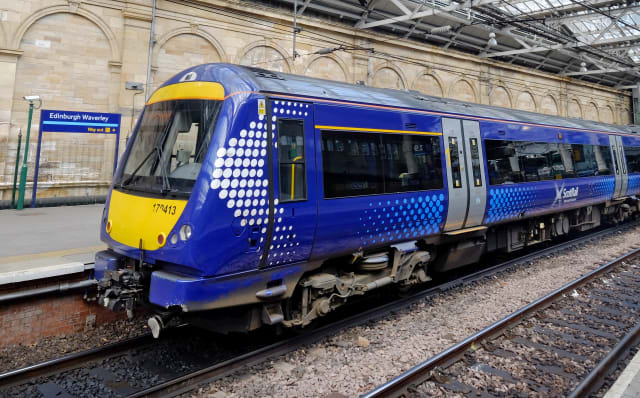 Officials have been urged to take action to halt the planned closure of rail works in Scotland which puts around 100 jobs at risk.

Scottish Labour leader Richard Leonard has criticised the Scottish Government over an apparent lack of support for Wabtec.

The train carriage refurbishment firm plans to close its base in Kilmarnock, East Ayrshire and “consolidate” its operations in Doncaster, South Yorkshire, following a drop in orders.

In a letter to Mr Leonard, group managing director of Wabtec, Andy Derbyshire, wrote that he met with Scottish Transport Secretary Michael Matheson and officials in December.

He wrote: “For your information, I met with Mr Matheson and his team on the 4th of December 2019 to discuss the Kilmarnock financial situation detailing what could happen if we didn’t secure more work.

“In reality, I should have made the announcement and started the consultation process in January 2020 but I held off as Mr Matheson asked his team to help us to secure more work, combined with what my team were also trying to secure and to better understand the Scot RAIL HST programme, which includes the Kilmarnock facility.

“Unfortunately, nothing has resulted so far from any of these meetings or conversations.”

Mr Leonard said: “If Mr Derbyshire’s account of events is correct, then Michael Matheson has big questions to answer over how he and his department failed to take action to save Wabtec despite knowledge of the dire financial situation the rail works were in.

“The prospect of Wabtec shutting the rail works in Kilmarnock, at the cost of around 100 jobs, will have dire consequences for the workers left unemployed and the local economy, particularly in this time of national crisis.”

He added: “Today I am calling on Michael Matheson to get his finger out and investigate all options available to keep the site running, and that must include bringing it into public ownership.”

The site originally opened as Andrew Barclay and Sons in 1840 and has helped refurbish recent Abellio ScotRail and ScotRail models.

In November 2017, the rail firm was awarded a train refurbishment contract worth around £8 million, funded by the Scottish Government.

Wabtec has said the decision is not related to the current coronavirus pandemic.

A spokesman said: “Decisions like this are never easy but over the past few years our site has experienced reduced volume and this decrease is no longer sustainable.”

Meanwhile, a Scottish Government spokesman said: “Our thoughts are with those affected by this decision and their families at this time.

“The Scottish Government has contacted Wabtec to offer affected employees support through our initiative for responding to redundancies, Partnership Action for Continuing Employment.

“Officials have engaged with Wabtec over a number of months and Wabtec’s customers to encourage further work at Kilmarnock.

“But it has been clear that Wabtec is determined to close Kilmarnock and focus on its English locations, even for work on ScotRail vehicles.”

He added: “In recent years, Wabtec has repeatedly failed to deliver its rolling stock work for Scotland on time, and has failed to win new contracts.

“It is Wabtec that has failed its workers, not the Scottish Government.

“A fully capable rail industry within Scotland, both now and for the future, is vital for our economy and our communities.

“That is why we have made record investment on services and infrastructure over the last 10 years, and will continue to provide significant investment in the coming years.

“As is standard across the rail industry, refurbishment contracts are let by the train owners; the Scottish Government has no role in the procurement process.

“Oversight of such contracts is a matter for the train operator leasing the trains.”

A Wabtec spokesman told the PA news agency: “We met with the secretary regarding the situation at Kilmarnock and worked on potential alternatives, but were unable to find solutions to the facility’s challenges.

“The decision on the site and current consultation process under way is a result of reduced volume over the past couple years.

“The Scottish Government has been supportive and we continue to actively work together.”