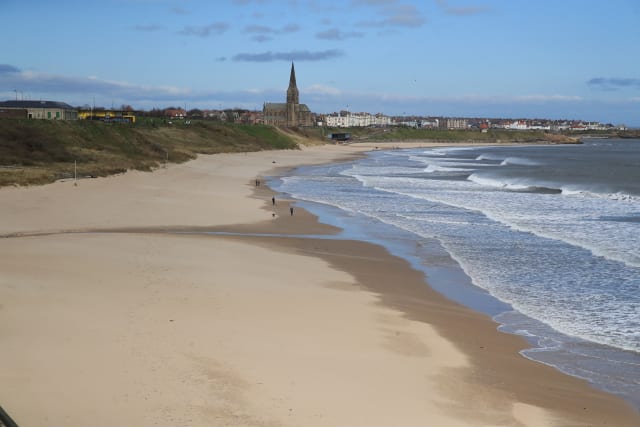 Going on holiday is not a good enough excuse to travel, police have said, as they insist people should stay at home to slow the spread of coronavirus.

Second homeowners are being told to keep away as Sunday is set to be the warmest day in six months.

Forces have said they will issue fines and punishments if they see people making non-essential journeys this weekend after Health Secretary Matt Hancock said the country cannot relax on social distancing, adding: “If we do, people will die.”

Gloucestershire Police issued the warning on holidays, saying officers will be stopping people who look like they may be heading away for a few days.

The force said “there has been particular concern among some communities that people who own second homes in the area will be visiting over the Easter holiday” and visitors will put extra pressure on the local NHS.

Meanwhile, in Hampshire, officers and paramedics have told people to stick to social distancing after three ambulances were called on a “selfish and avoidable deployment” to a man having a bad acid trip following a house party.

The warnings come two weeks after parks and beaches across the UK were pictured full, days after Prime Minister Boris Johnson announced the social distancing rules.

Authorities in Wales have closed beach-side car parks to deter people from “using the weather to treat what is a national crisis like a national holiday”.

Mark Thomas, cabinet member for highways and infrastructure at Swansea Council, said: “We absolutely cannot afford a repeat of the behaviour witnessed on previous occasions.”

Dorset Council has taken the same approach, and the council has closed seafront parking bays and stopped the RNLI patrol in an attempt to prevent people from gathering at the seaside.

One chief has said officers would “explain” and “encourage” people to stick to the rules, but would enforce with fines and punishments if people were not listening.

“It’s not just visitors, even within my 4,000 square miles I’ve got my own population that really just want to jump in the car and travel.

He described this weekend as “a time to remember the importance of stay at home and save lives”.

The senior officer added: “If a £60 ticket makes you do something, and 684 people dying yesterday didn’t, then I think you’ve got to take a good look at yourself as to whether you realise the seriousness and significance of where we are.”

Met Office meteorologist Steven Keates said “in other times of the year we would be saying it’s a good time to be out and about, but obviously that is not the advice at the moment”.

He predicted that some parts of the UK “could be seeing 20-21C”, which would be “the first time we’ve reached over 20 since October 1 last year”.