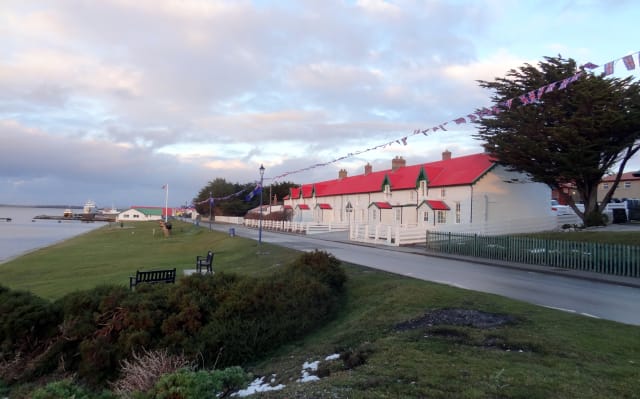 The Falkland Islands has had its first confirmed coronavirus case.

A spokesman for the British overseas territory’s government said the patient was admitted to hospital on March 31 from the islands’ Mount Pleasant Complex, which is a Royal Air Force base.

He added that the patient, who was not named, is in a stable condition, is not on a ventilator and is being “cared for with all necessary isolation precautions”.

The remote archipelago’s chief medical officer Dr Rebecca Edwards said: “We knew the day would come when we would have our first confirmed case, and in some respects we are fortunate that we have been Covid-19 free until now as we have taken this time to plan our approach within the hospital and also from a wider perspective.

“We have reorganised the hospital and staffing arrangements, and put our supplies and pharmaceuticals in place, which many countries were not in a position to do before they identified their first cases.”

Ms Edwards acknowledged that residents on the islands will be “concerned about this development” but insisted that the King Edward VII Memorial Hospital has been undertaking “strict isolation procedures for patients with infection”.

She added: “We are working with BFSAI (British Forces South Atlantic Islands) on tracing people who may have come into contact with the individual. This is an effective way to identify people who may have been in contact, so suitable next steps can be taken.”

Labour frontbencher no longer in role after lockdown breach – reports