What are the rules on self-isolation during the coronavirus pandemic? 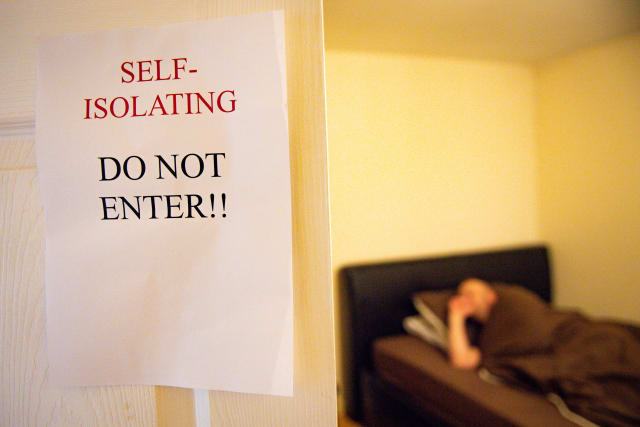 Anyone who fears they have the symptoms of coronavirus, such as a dry cough and high temperature, should take immediate precautions.

Self-isolation is intended for those with symptoms of coronavirus who do not require hospital treatment. They must remain at home until they are well, according to official advice.

Public Health England guidance says that those who live alone should stay at home – or self-isolate –  for seven days starting from when their symptoms began.

They should continue to self-isolate if they still have a high temperature after this point and until their temperature returns to normal.

Prime Minister Boris Johnson has said in an online post on Thursday he is “feeling better” after suffering from coronavirus but will remain in self-isolation until his temperature drops.

There is no need to self-isolate if you just have a cough after seven days, as a cough can last for several weeks after the infection has gone, the official advice states.

It adds that if the person who has developed symptoms is living with other people, then all the other household members must stay at home and not leave the house for 14 days.

This self-isolation period should start from the day when the first person in the house became ill.

If anyone else in the household starts to feel unwell, then they should stay at home for seven days.

The important thing here is that these seven days should begin from when their symptoms appeared, and it does not matter how far they may have been into the original 14-day isolation period.

For example, it would mean that anyone who fell ill on day 13 would have to start a separate seven-day isolation from that day. This would see them spending a total of 20 days at home.

The advice states: “It is likely that people living within a household will infect each other or be infected already. Staying at home for 14 days will greatly reduce the overall amount of infection the household could pass on to others in the community.”

It is suggested that people who are deemed as being vulnerable – such as the elderly and those with underlying health conditions – should move out of the home while the isolation periods have to take pace.

If they cannot move out, then the person with the symptoms should try to stay away from other people in the home.