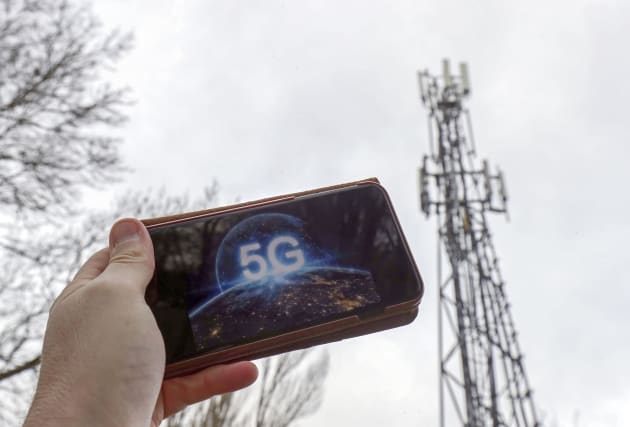 UK mobile network providers have warned against the spread of “baseless” conspiracy theories linking coronavirus to 5G, after videos purportedly showing masts on fire were posted on social media.

West Midlands Fire Service said eight firefighters attended an incident on Thursday evening, involving a 70-foot tower on a telecommunications site in the Sparkhill area of Birmingham – though a spokesman said the cause was yet to be identified and could not confirm whether the mast in question was 5G.

A West Midlands Police spokesman said: “We’re aware of a fire involving a phone mast, but are awaiting further details on its cause.”

Several videos claiming to show 5G towers on fire were posted to a page on Facebook, which encouraged others to do the same.

The page was created on Thursday and taken down by Facebook on Friday morning.

Mobile UK, the trade body which represents network providers, said it is “concerning that certain groups are using the Covid-19 pandemic to spread false rumours and theories about the safety of 5G technologies”.

“More worryingly some people are also abusing our key workers and making threats to damage infrastructure under the pretence of claims about 5G,” a statement said.

“This is not acceptable and only impacts on our ability as an industry to maintain the resilience and operational capacity of the networks to support mass home working and critical connectivity to the emergency services, vulnerable consumers and hospitals.”

It continued: “The theories that are being spread about 5G on social media are baseless and are not grounded in accepted scientific theory.

“Research into the safety of radio signals including 5G, which has been conducted for more than 50 years, has led to the establishment of human exposure standards including safety factors that protect against all established health risks.”

Facebook said the banned page was deleted for breaching its policies because it has the potential to cause real world harm.

However, one user claimed they reported the page early on to moderators for promoting violence, only to receive a response saying it was not deemed to be in violation of Facebook’s community standards.

Elsewhere, O2 is issuing engineers working outside on essential network projects with a sign to explain they are a key worker, after reports of telecoms staff being verbally abused by members of the public.

“Engineers are out doing key work to keep everyone connected, making repairs and keeping the network running, so they’ll show a sign to explain that,” a spokesman said.