Televised message from the Queen a rare occurrence 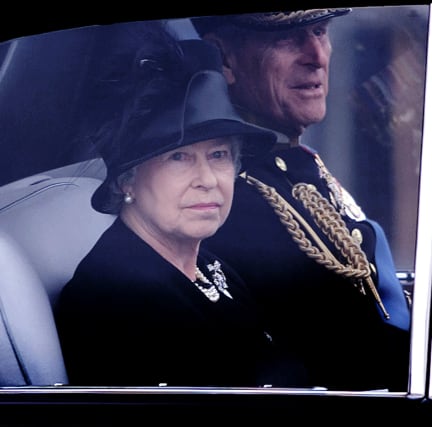 The Queen’s televised address to the nation will be only the fourth of her 68-year-reign during times of national crisis and grief.

While she broadcasts a recorded message each year on Christmas Day, special addresses from the monarch in troubled periods are rare.

There have been three previous speeches broadcast – after the Queen Mother’s death in 2002, ahead of Diana, Princess of Wales’s funeral in 1997 and about the First Gulf War in 1991.

Amid celebratory times, the Queen made a televised address to mark her Diamond Jubilee in 2012.

Eighteen years ago on the eve of her mother’s funeral, the Queen thanked the country for their support and the “love and honour” shown to the Queen Mother.

Dressed in black, the Queen added: “I count myself fortunate that my mother was blessed with a long and happy life.

“She had an infectious zest for living, and this remained with her until the very end.”

The Queen also spoke to the nation in 1997 on the eve of the funeral for Diana, Princess of Wales.

Diana’s sudden death in a Paris car crash triggered one of the monarchy’s worst crises in modern history.

When the Queen initially remained at Balmoral to comfort her grandsons Princes William and Harry, the newspaper headlines screamed: “Show us you care” and “Where is our Queen? and “Where is her flag?”.

A sea of flowers was left at the gates of Diana’s London home, Kensington Palace, by shocked members of the public, but the flag pole at Buckingham Palace remained bare, as was the protocol, because the Queen was away in Scotland.

A rare palace statement was released telling of the royal family’s hurt at suggestions they were untouched by the tragedy.

The Queen had been due to pre-record her message, but in an unprecedented move for a royal broadcast of this kind, it was decided she should deliver it live.

Royal author Robert Lacey wrote of how it was a high-risk strategy, but an aide told him: “It was a psychological thing. (The Queen) goes flat when she know’s it being recorded. When she knows it’s real, she rises to the challenge.”

Speaking from Buckingham Palace and against a backdrop of a view of the crowds of mourners outside, the Queen, dressed in black, said she was speaking from her heart as both the nation’s Queen and as a grandmother.

She paid tribute to Diana as “an exceptional and gifted human being”, adding: “In good times and bad, she never lost her capacity to smile and laugh, nor to inspire others with her warmth and kindness.”

In February 1991, the Queen recorded a brief televised address to the nation during the Gulf War.

It came as the allied land offensive began against Iraqi forces occupying Kuwait.

The Queen called on people to unite and pray that the Armed Forces’ success would be as “swift as it is certain”, and that it would be “achieved with as small a cost in human life and suffering as possible”.

She expressed her hopes for a “just and lasting peace”.

The Queen is highly experienced at public speaking and records her Christmas message in just one take, reading her script from a monitor.

But her message during the coronavirus pandemic had the added technical challenge of taking place while the UK is in lockdown.

The Queen, 93, has left London and is staying with the 98-year-old Duke of Edinburgh with a reduced household at Windsor Castle for their safety.

The monarch also made a televised address when she thanked the nation for the festivities commemorating her Diamond Jubilee, describing it as “a humbling experience”.

As the special bank holiday came to a close in June 2012, the monarch said in the two-minute pre-recorded televised message that she was deeply touched, adding: “I hope that memories of all this year’s happy events will brighten our lives for many years to come.”

In 1983, Whitehall officials drew up a script for the Queen to read during the Cold War if Britain faced annihilation at the hands of a nuclear-armed Soviet Union.

Records released under the 30-year-old rule showed the monarch, in the event of World War Three, would have urged her “brave country” to stand firm as it faced up to the “madness of war”, but the speech was never recorded.