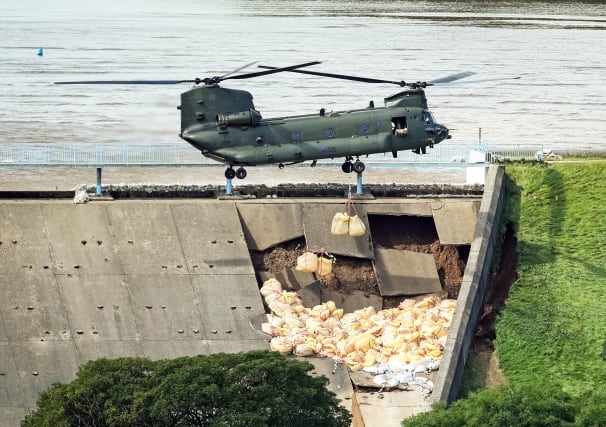 The winners of the National Press Awards have been announced online rather than postponed until an event later in the year “to ensure the hard work and professionalism shown by the national press during 2019 does not go unrecorded,” the chair of the judges has said.

The ceremony was due to take place this week in London and was initially delayed due to the coronavirus crisis.

But the Society Of Editors, which organises the ceremony, said it was appropriate to name the winners now given the severity of the Covid-19 pandemic and the challenges facing the media industry.

The Mail on Sunday was awarded the Sunday newspaper of the year prize, while PA Media’s Danny Lawson and Yui Mok were both named photographer of the year.

The Daily Express won the campaign of the year prize for its coverage of the cystic fibrosis drugs scandal, and The Times Magazine was named magazine of the year. Telegraph Women’s Sport was named supplement of the year.

Bryony Gordon, of the Daily Telegraph, was honoured with the Journalists’ Charity special award for her campaigning on mental health issues after revealing her own experiences with depression and addiction.

Ian Murray, executive director at the Society of Editors and chair of the judges, said: “The awards dinner, scheduled to take place this week in London, had been postponed in the hope the crisis would pass quickly.

“While we all hope the situation will improve rapidly there is the likelihood it could continue for some time and it was felt more appropriate to cancel the event altogether and announce the results.

“While the battle to defeat the Covid-19 virus and support the UK public at this time eclipses all other considerations, I do feel it is important to ensure the hard work and professionalism shown by the national press during 2019 does not go unrecorded.

“We can see the tremendous work the press is carrying out at this difficult time, which is yet more evidence of the vital role our industry plays in our national life.”

Alison Gow, president of the Society of Editors, added: “It’s absolutely right that we celebrate the brilliant journalism of the past year and show our appreciation of those reporters, photographers, digital specialists and designers who work so hard to inform, challenge and entertain.

“Congratulations to the winners – I hope you take a little time amid all the craziness to celebrate what you’ve achieved.

“And thank you to our judges; the calibre of entries increases every year and the task of judging gets tougher, but their commitment never wavers.

“We thought 2019 was a busy year for news – 2020 has made an early bid for that crown. As a result (whether they appreciate them or not) audiences have never needed journalists more.

“From fast, accurate delivery of breaking news to the escapism of a fantastic long read or podcast that takes us outside of our little lockdown bubbles for a few minutes, the role of the journalist is as vital as it’s ever been.

“And we will be back, celebrating those roles in all their forms, next year as usual.”