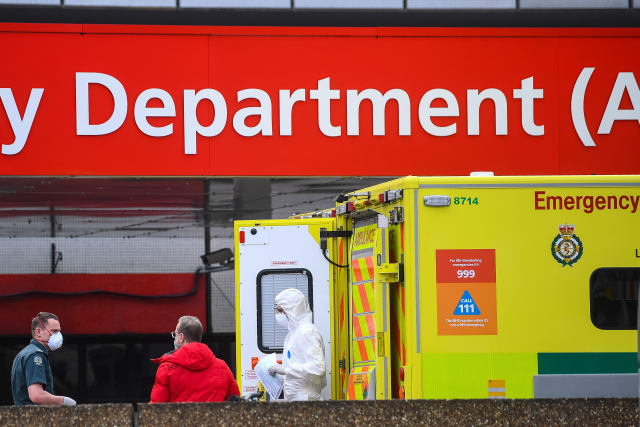 More deaths among NHS doctors, nurses and frontline staff in the battle against Covid-19 are “a certainty”, a hospital trust chief executive has said.

Toby Lewis, chief executive of Sandwell and West Birmingham NHS Trust, also said a quadrupling of intensive care capacity was typical of the “scale of increase” being asked for by health bosses.

The number of ventilators in the West Midlands is also increasing with another 252 devices being delivered on Saturday, as the health service ramps up preparations to cope with a forecast peak in Covid-19 patients.

Speaking during a webinar of regional civic, health and transport chiefs on Friday, Mr Lewis said: “Will more health care workers pass away?

“With the greatest regret I think that is a certainty.

“It is our collective effort to try and minimise the number of tragedies we see in people who serve within the NHS.”

He spoke after the death of nurse Areema Nasreen, who died weeks after contracting Covid-19.

Tributes have poured in after the 36-year-old mother died at Walsall Manor Hospital, where she worked, in the early hours of Friday.

The region has seen the highest numbers of coronavirus cases outside London.

Mr Lewis said the NHS had recognised “Birmingham and the Black Country is the absolute priority for ventilator provision”.

He detailed how his trust, which runs two general hospitals, had re-deployed hundreds of staff and was set to have boosted intensive care provision by 400% in just five days’ time as part of preparations.

“In the course of the last three weeks, just in our hospital we’ve opened 20% more hospital beds and have to safely staff those,” he said.

“Over the course of the next five days we will increase by 400%, that is the scale of our intensive care provision.”

He added: “To be clear that is the sort of scale of increase that NHS hospitals across the wider West Midlands have been asked to prepare for.

“On the basis of an expectation of a significant surge in patient need over the course of the next two weeks.”

Describing it as a “huge operation”, he added: “Will it be enough? We can work from the London, Italian and Chinese modelling.

“As to the scale of impact and the timing – if we can successfully maintain social distancing, hand-washing and stay-at-home, we’re confident we can keep within the figures that are being seen and expected over the course of the next two weeks.”

Mr Lewis urged people to remember most healthcare was provided outside hospitals and the setting-up of GP-run triage centres was maintaining vital capacity in hospitals.

Also aimed at bolstering capacity is the network of Nightingale hospitals opening up and down the UK, with news on Friday that Birmingham’s, based at the NEC, would be fully operational by April 12.

He added pilot testing of 600 staff in the trusts’ own hospitals had seen “return-to-work statistics improve from about 25% at the end of isolation, to 75%”.

Asked about whether a possible crunch in bed supplies had emerged as hospitals boost critical care provision, he said stock had been sourced “for the next two to three weeks”.

He added there was “confidence” in supplies of bed stocks for the Birmingham Nightingale as well.

However, he said: “Clearly given the difficulty we have all experienced with PPE and then with ventilators, we will treat that with a degree of caution.”

Earlier, Birmingham City Council’s head of health and social care councillor Paulette Hamilton, called for social care workers to be classed as front line key-workers so they too could be tested.

“At the moment, if you don’t test the people that are keeping patients out of the hospitals, the hospitals will fall over,” she added.

She also said getting enough PPE for the region had “been a nightmare”, telling the Midlands’ “struggling” care providers “we’re working as hard as we can”.