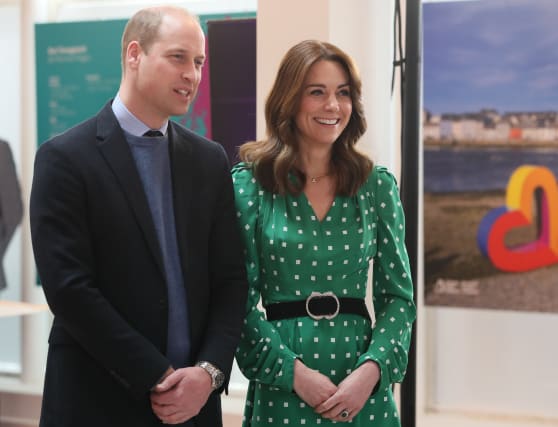 Hospital staff have said it was a boost to receive a phone call from the Duke and Duchess of Cambridge.

William and Kate chatted to staff from University Hospital Monklands in Airdrie, North Lanarkshire, and Queen’s Hospital Burton in the West Midlands this week.

Eight members of staff from the Scottish hospital, including doctors, nurses physiotherapists and a domestic assistant, were all present during the call.

Some of them initially thought it was an April Fools’ joke but were delighted when they realised the call was genuine.

Donna Marie McGroarty, infectious diseases charge nurse, said: “We were so honoured to receive a call from Their Royal Highnesses.

“It has been a tough time for all our staff. However, the support we have received from colleagues and the community has been overwhelming.

“The telephone call from the duke and duchess was totally unexpected and a real morale boost.”

Members of the royal family have used phone calls and video conferencing to conduct some of their royal duties as the country observes the coronavirus lockdown.

During the phone call on Wednesday afternoon, Kate urged the staff at the hospital to look after themselves while they are being pushed to the limit.

The duchess said: “You’re stretched in all sorts of ways looking after the patients in your care under such extreme circumstances.

“But you also need to be able to make sure you support yourselves, and each other.

“It must be so hard but I’m glad to hear that you’re currently getting all the support you need.”

Dr Marion Devers, deputy chief of medical service at University Hospital Monklands, said: “It was a pleasure to speak with Their Royal Highnesses.

“There was a real sense of excitement in the room and I was struck by how touched the staff were by the opportunity to speak with them.

“All of the staff at the hospital have been impacted to some extent over the past eight weeks, both personally and professionally, and we are planning for the weeks and months ahead.”

She added: “Our teams have been working exceptionally hard in new and challenging circumstances.

“However, it has been inspiring to see how people have risen to the challenge, collaborated and provided support for one another.

“We know that it is difficult for our patients and the public too and we really appreciate the support and generosity they have shown and many acts of kindness, including various gifts of flowers and food.

“One of the most important things we ask for is that we all follow the national guidance and stay at home.”