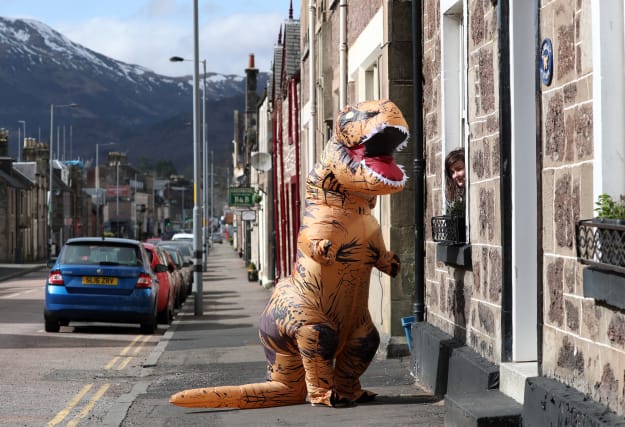 The coronavirus lockdown may be why the streets are quieter than usual – but in one Perthshire town there was another reason for people to stay at home.

A dinosaur was spotted roaming Callander main street on Thursday although there was no panic caused by this inflatable Tyrannosaurus rex.

Locals in isolation have been kept entertained by a person roaming the streets in a T-rex costume.

Some approached their windows, making sure to keep at a safe distance.

Although the few who were out walking also saw the funny side the same could not be said for one dog who barked at the fearsome beast.

It forced the dinosaur to shuffle away, with the person inside also getting a bit of a jump from a passing lorry blaring its horn.