Debenhams on brink of administration amid pandemic 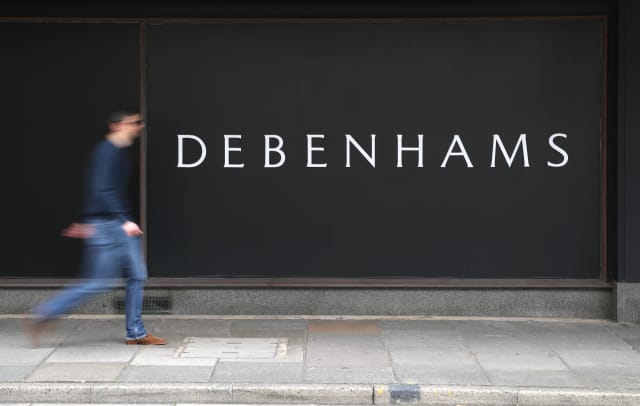 Debenhams is expected to slide into administration in the coming days following the impact of coronavirus.

It is understood that the department store chain, which runs 142 stores and employs around 22,000 workers, could file for administration as early as next week.

The company has not yet filed for insolvency but sources told PA that administration is the “most likely” course of action.

The retailer has lined up accountancy firm KPMG to handle the process, according to Sky News.

Debenhams confirmed that it is “making contingency plans” in a bid to secure its future, with a view to re-opening stores once the lockdown is removed.

The retailer has already notified suppliers of a delay to payments and has requested a rental holiday from landlords.

“Our owners and lenders remain highly supportive and whatever actions we may take will be with a view to protecting the business during the current situation.

“While our stores remain closed in line with Government guidance, and the majority of our store-facing colleagues have been furloughed, our website continues to trade and we are accepting customer orders, gift cards and returns.”

Debenhams has furloughed store staff after it was forced to close its stores temporarily following the Government-mandated shutdown.

The department store business has closed 22 shops in recent months as part of plans to shut 50 sites and bring its total estate to 110.