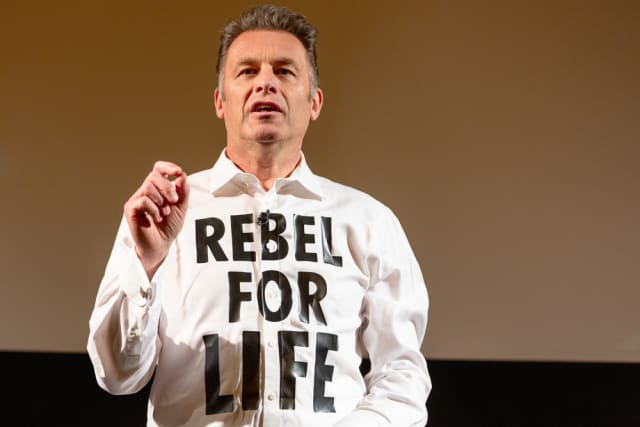 Chris Packham has lost a High Court bid to prevent work on ancient woodlands as part of the HS2 project.

The TV presenter was seeking an emergency injunction to stop works that he claimed would cause destruction or “irreversible and irreparable loss” to such sites.

Packham applied for the order as part of an attempt to bring a legal challenge over the Government’s decision to give the green light to HS2.

But at a High Court hearing on Friday, two senior judges refused Packham permission to bring a claim against the Government’s decision and did not grant the injunction.

Announcing the court’s decision, Lord Justice Coulson said: “This application has no realistic prospect of success, so we do not grant permission to bring judicial review proceedings.”

He also said that, even if the court had thought the application had a realistic chance of success, they “would not have favoured granting the injunction”.

Packham, a well-known environmental campaigner, was seeking to bring a legal challenge against the Government on the grounds that the decision to give the go-ahead to HS2 was “unlawful” because it relied on a review process that did not fully take into account issues such as the environmental costs of the project.

The injunction focused on preventing “clearance works” at ancient woodlands, which Packham alleged would cause damage and destruction to the sites, as well as disturb species of animals protected under EU law, as well as nesting and breeding sites and resting places.

David Wolfe QC, representing Packham, told the court that the ancient woodlands are “hundreds of years old” and are “simply irreplaceable.”

He added that there was concern about the “irreplaceable damage” that could be done to these sites and that the “balance is in favour of pressing the pause button while the issues are considered”.

The Government argued that Packham’s legal challenge did not have a real prospect of success and should not be allowed to proceed.

Lord Justice Coulson said the court would give full reasons for its decision in a written ruling at a later date.