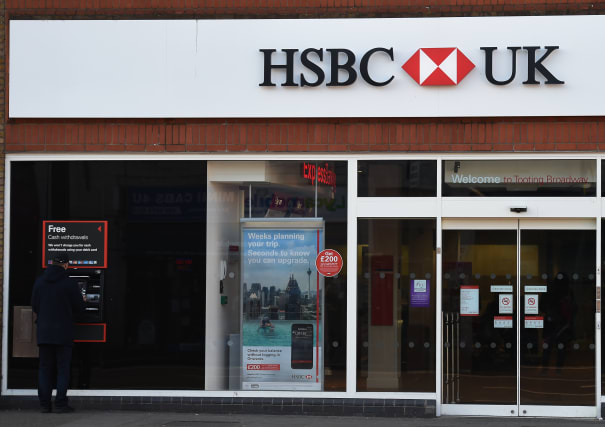 Millions of overdraft customers will be offered temporary interest-free buffers of up to £500, following announcements by some banks.

HSBC UK said that from Thursday April 9, it will increase the temporary interest-free buffer for millions of Bank Account and Advance Account overdraft customers from £300 to £500 for a three-month period.

This will be automatic and customers do not need to contact HSBC UK.

The new temporary zero-interest limit will be 20 times the original £25 buffer on these accounts, but should only be used if it is necessary, the bank said.

HSBC UK is also temporarily reducing the interest rate charged over the interest-free buffer on all these accounts from 39.9% to a rate of 19.9%.

This was the rate set for the majority of its customer base before the introduction of the bank’s new simplified overdraft structure, which recently came into effect.

Tracie Pearce, HSBC UK’s director of retail banking, said: “The package of support that we have developed and introduced will provide some cashflow support at this crucial time and help people tackle some of the short-term financial impacts of Covid-19.

“The intention is to provide support to customers pending receipt of Government aid such as universal credit; furloughed employees and self-employed relief.”

She also suggested people may also want to take a look at their finances to see where they might be able to make some cutbacks.

She said: “There may be direct debits or subscriptions that are no longer needed, old cheques that you haven’t deposited that you can process using your phone, or general expenses that you can cut out to trim your costs and reduce the impact of these unprecedented events.”

HSBC UK will also be suspending all late credit card payment fees for a period of three months. If a customer is late making a payment, they do not need to take any action as the fee will be waived automatically.

Maria Cearns, managing director of retail deposits at the Co-op, said: “We know that budgets and finances overall may be under considerable strain and we want to make sure we’re working with our customers every step of the way as this situation continues to unfold.”

Many banks have previously announced new overdraft rates pegged at around 40% as they prepare to comply with new Financial Conduct Authority (FCA) rules coming into force from Monday April 6. Under the new rules, firms can only charge one single annual interest rate for both arranged and unarranged overdrafts.

More banks could potentially follow with similar announcements in the coming days.

Earlier this week, the FCA set out new proposals that overdraft customers will be able to request zero-interest buffers of up to £500 over three months to help ease the financial impact of coronavirus.

The FCA’s new proposals are subject to a short consultation, but, if confirmed, they will be in place by Thursday April 9.

Many banks have previously announced temporary relief for overdraft customers, although the help on offer varies between providers.