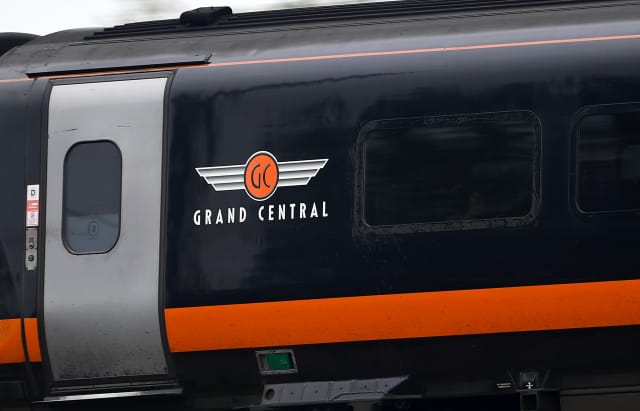 Another train operator is set to suspend its services because of the huge impact on travel caused by the coronavirus crisis.

Grand Central, which runs trains from London’s King’s Cross to Yorkshire and the North East, is expected to announce that services will stop at the end of Friday.

Unions called for full protection of jobs and wages, with hundreds of workers set to be furloughed.

Grand Central is owned by transport giant Arriva and is an open-access passenger train operator, which means it does not receive subsidy from, or pay any premium to, the Department for Transport.

Hull Trains has also suspended its services because of the current crisis.

Mick Cash, general secretary of the Rail, Maritime and Transport (RMT) union said: “RMT is frankly appalled that Grand Central is not intending to make up the full wages of the staff who are being stood down and is instead intending to just pay the 80% covered by the Government scheme.

“Arriva, who own Grand Central, are a wealthy company which can afford to make up the 20% difference and that is what we are calling on them to do.

“‎There are nearly 250 hard-working rail staff caught in the crossfire of the Grand Central service suspension plan. RMT’s preference was for those workers to be kept operational in an arrangement between the DfT and the company which would have kept trains running.

“If that isn’t possible the very least we expect is for their wages to be covered in full, with all current jobs protected, while services are suspended. We will continue to campaign and fight for just that.”

He said: “When Hull Trains stopped running, LNER put on a replacement direct train service from Hull to London. LNER is also planning to start running trains to replace some Grand Central services. If they’re going to do that why not just take on the whole shebang?

“Grand Central and Hull Trains are furloughing their staff because otherwise they’d go bust during the pandemic. LNER taking over the companies would give staff vital security in terms of jobs and incomes, and would reassure passengers that the train services will be running reliably again at the end of the crisis.”