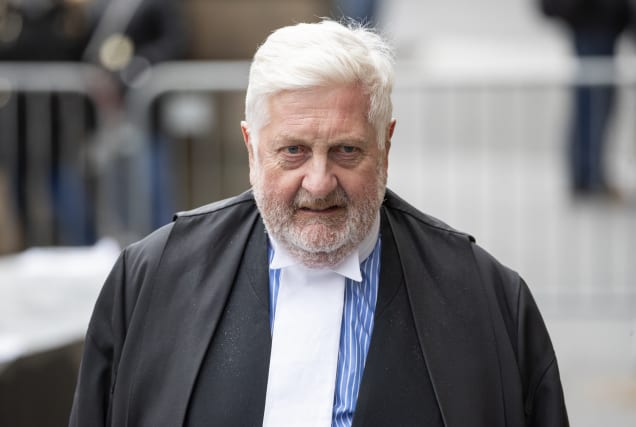 Alex Salmond’s QC is to resign from the top position in a lawyers’ organisation after he was filmed apparently discussing the former first minister’s trial.

Gordon Jackson is due to stand down from the position as Dean of Faculty of Advocates by the end of June at the latest.

He referred himself to the Scottish Legal Complaints Commission after he was caught on camera making remarks on a train during the course of the trial, which finished at the High Court in Edinburgh on March 23 with Mr Salmond being acquitted of all charges.

The video, in which Mr Jackson appears to say Mr Salmond could be seen as “a sex pest but he’s not charged with that”, was later obtained by The Sunday Times newspaper.

Mr Jackson later said he does not regard the former First Minister in that way.

In a statement announcing his resignation, the lawyer said: “I have intimated my decision to resign as Dean of the Faculty of Advocates, with effect from June 30, at the latest.

“It would not, however, be appropriate for me to remain as dean at a time when the faculty was considering disciplinary proceedings regarding my conduct.

“Accordingly, if, before that date the Scottish Legal Complaints Commission remits the recent complaint for consideration by the Faculty’s Complaints Committee, I will stand down as dean immediately.

“I do not intend to make any further comment.”

Mr Salmond was acquitted of attempted rape and a series of sexual assaults, including one with intent to rape, following an 11-day trial at the High Court in Edinburgh.

Rape Crisis Scotland has called for a full investigation of the video footage.