What are the different tests for coronavirus? 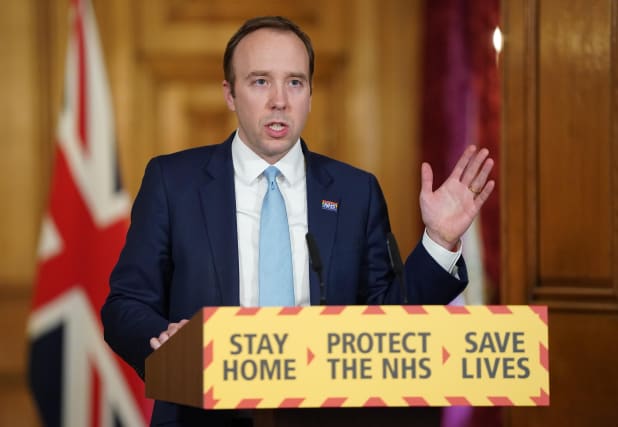 The Government has pledged that it will be conducting 100,000 coronavirus tests a day by the end of the month after pressure to increase its testing capacity.

On Wednesday, 10,657 tests were carried out, according to Public Health England.

Here is what we know about testing so far:

Tests have so far been focused on those admitted to hospital, with anyone with milder symptoms told to self-isolate at home.

A total of 5,000 NHS staff have been tested so far, however this will be increased in the coming days and weeks, and expanded to include their families.

Health Secretary Matt Hancock said on Thursday: “I will, over the coming weeks, seek that every NHS frontline staff member who needs a test gets one, and crucially their families.

“Because sometimes some NHS staff have to stay at home because they are following the rules on household isolation if one of their family gets (ill).”

He said other frontline workers will also be able to get tested in the future.

He added: He said: “I’ve set out why we’ve prioritised patients first, the next prioritisation is of course NHS staff working in critical care and then after that, we will spread the availability of tests across the NHS and social care and then other key workers and then over time to the population as a whole.”

– What are the different types of test available?

As well as the swab test to see whether you are currently infected with Covid-19, the Government also plans to roll out an anti-body test, which will ascertain whether you have had the illness in the past and are now immune to it.

Professor John Newton, director of public health improvement for Public Health England, said swab tests were the most important priority for the NHS as antibody tests work best 28 days after an infection.

He said: “The initial priority of course is for the swab tests because those are tests which allow the NHS to manage critically ill patients to the best they possibly can and also to allow NHS staff and other key workers to come back to work when they can.

“So the urgent priority – both types of tests are important, both are urgent – but the most urgent is the swab tests so that we can treat patients better and get staff back to work.”

– How will this happen?

Laying out the new strategy on Thursday, Mr Hancock said a “five-pillar” testing plan would be, the route to moving from 10,000 tests a day to 100,000.

The five elements are:

–  Introducing antibody blood tests to determine whether people have had Covid-19;

– Surveillance to determine the rate of infection and how it is spreading across the country;

– What does the test involve?

A test for those suspected to be suffering from Covid-19 involves a deep swab of the nose or the back of the throat. These are sent off to a lab to be analysed for the genetic sequence particular to the coronavirus.

But a blood test can be used for patients believed to have had the condition and since recovered.

The finger-prick test identifies the antibodies produced inside you to fight off an infection, indicating that the patient may have near-immunity from the disease for at least 28 days.

The majority of tests so far have been carried out in hospitals or in people’s homes, with a small amount of random sampling via GP surgeries.

But some unusual locations have been set up as mass testing sites.

Furniture giant Ikea has set up a drive-through testing centre for frontline NHS staff at its store in Wembley, north-west London.

Meanwhile, Boots is setting up another drive-through system at its headquarters in Nottingham and more sites are being sourced around the country.

Currently, these facilities are reserved for NHS staff and by invitation only.

Tests have also been carried out in the car park of Surrey theme park Chessington World of Adventures.

– What is the testing goal?

He said at the daily Number 10 press conference on Thursday: “The commitment that I’m making today is that our goal is 100,000 by the end of the month.

“I want to bring this whole national effort to bear on that and then we will keep going once we have reached that 100,000, and so, absolutely, I stand by the commitment that the Prime Minister made of 250,000.”

– Why has it taken so long to increase testing?

Mr Hancock said the UK lacked a large diagnostics industry so was having to build from a “lower base” than the likes of Germany, which is testing at greater levels for coronavirus.

He said a country-wide shortage of swabs had been “resolved” but that there remained a “global challenge” around sourcing the reagent chemicals needed for the tests.