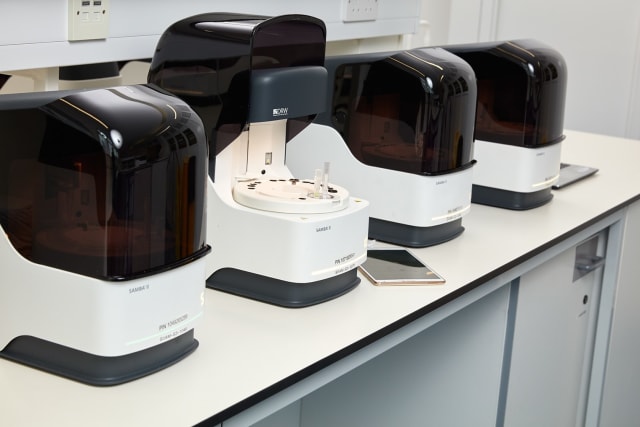 New testing devices that can diagnose Covid-19 in less than 90 minutes are being deployed at a hospital in Cambridge.

The portable machines, called Samba II, have been developed by a University of Cambridge spin-off company called Diagnostics for the Real World, and 10 are being used at Addenbrooke’s Hospital this week.

The researchers said their tests have been validated by Public Health England and the devices are expected to be launched in hospitals across the country.

They said the Samba machine is “extremely sensitive” when it comes to detecting active infections, adding that 98.7% of people with the disease will be correctly identified as positive cases.

Helen Lee, chief executive of Diagnostics for the Real World, said: “Our goal has always been to make cutting-edge technology so simple and robust that the Samba machine can be placed literally anywhere and operated by anyone with minimum training.”

Once nasal and throat swabs have been collected from patients, the samples will be loaded into the machines, which look for tiny traces of genetic material belonging to the coronavirus.

Samba can deliver a diagnosis in less than 90 minutes while current tests can take 24 hours or longer, the researchers said.

The machines will be used by healthcare workers as well as other patients suspected of having Covid-19 across the country.

Businessman and philanthropist Sir Chris Hohn is helping make the test more widely available with a 3 million US dollar (£2.3 million) donation which will enable the purchase of 100 machines.