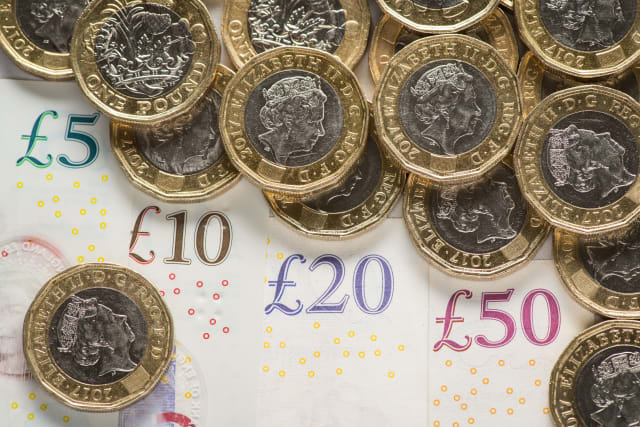 Overdraft customers will be able to request zero-interest buffers of up to £500 over three months to help ease the financial impact of coronavirus, under new proposals from the City regulator.

The Financial Conduct Authority (FCA) is proposing a range of temporary “stop gap” measures to offer quick support to users of some consumer credit products.

The proposed measures will be subject to a brief consultation ending at 9am on Monday April 6. If confirmed, they will be in place by Thursday April 9.

The plans include ensuring that for customers who have been hit financially by the coronavirus crisis and already have an arranged overdraft in place on their main personal current account, they will be charged zero interest on up to £500 of it for three months.

Alongside this, customers without an overdraft on their main personal current account can request this facility.

Firms will be required over a 90-day period to make sure all overdraft customers are no worse off on price when compared with the prices they were charged before industry changes to overdrafts.

Previously announced changes to overdrafts mean that from April 6, firms can only charge one single annual interest rate for both arranged and unarranged overdrafts. This will significantly reduce borrowing costs for many people who often breach their pre-agreed overdraft limits.

However, many providers have pegged their new single overdraft rates at around 40% – meaning some people who normally stick within their arranged overdraft limit could see their costs shoot up.

Many lenders have already announced overdraft support in recent days such as increasing interest-free overdraft buffers or waiving interest.

Martin Lewis, founder of MoneySavingExpert.com, said: “The provision is patchy and has become a banking lottery, and that’s unfair – no-one could’ve taken into account when they signed up for products how considerate each lender would be in these extraordinary times.

“The overdraft change is especially important. In a terror of timing, by next Monday – the start of the tax year – almost all lenders were due to be charging about 40% EAR (equivalent annual rate) on overdrafts.

“This is nearly double that of high street credit cards. That made overdrafts the new danger debt. This change would reverse that at least in the short-term, both with the new minimum £500 interest-free, but also because it’s required that no-one will pay more than they used to due to the changes.”

The FCA’s proposals also mean customers facing financial challenges due to coronavirus will be able to ask for a three-month payment freeze or to pay a nominal payment on credit cards, store cards and catalogue credit. Firms could consider other measures, such as reductions in monthly payments, if appropriate. Customer cards would not be suspended during this period.

Customers with personal loans would also be able to ask for a three-month freeze if needed.

The FCA said that with the exception of the £500 overdraft proposal, firms could charge a reasonable rate of interest where a customer requests a temporary payment freeze. In the event that a customer requires full forbearance, that interest should be waived, it said.

The proposals would ensure people using any of the temporary measures should not have their credit rating affected.

They would sit alongside other measures already in place to help borrowers, such as mortgage payment holidays.

Christopher Woolard, interim chief executive of the FCA, said: “Coronavirus has caused an unprecedented financial shock with far-reaching consequences for consumers in every corner of the UK.

“If confirmed, this package of measures we are proposing today will help provide affected consumers with the temporary financial support they need to help them weather the storm during this challenging time.”

Vim Maru, retail director at Lloyds Banking Group, said: “We welcome today’s guidance from the FCA and we continue to work closely with them through this unprecedented time.

“From April 6, Lloyds Bank, Halifax and Bank of Scotland customers will also be able to access a £300 interest-free overdraft and we will introduce a new overdraft charging structure which means all of our customers will pay less interest than they do today.”

Sarah Coles, a personal finance analyst at Hargreaves Lansdown, said: “This will come as a huge relief to so many people who have been wrestling with the challenge of vastly reduced incomes – whilst being dealt repeated blows by debt interest charges.”