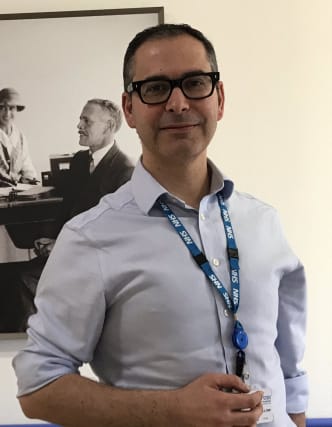 A surgeon who was asked to leave his lodgings over Covid-19 infection fears has set up a successful website to match vacant rooms to NHS workers in need.

Joseph Alsousou, an orthopaedic surgeon, had to leave the room he rented after his live-in landlady told him of her worries that he might give her coronavirus.

The 43-year-old, who works at Oxford University Hospitals NHS Foundation Trust, took to social media to tell his story two weeks ago and has since found a new place to stay.

He used his experience to set up the rooms4nhs.com website, aimed at matching NHS staff in need of accommodation and members of the public or businesses offering rooms for free or knock-down rates.

Mr Alsousou said he got the idea after being “overwhelmed” by messages of support from the public, offering him a place to stay.

He said: “I saw people who had suffered the same problems or had just struggled to get accommodation.

“Many NHS staff, doctors and nurses are being redeployed, moved from one department to another.

“For example our elective work has been cancelled, so I am now helping with trauma surgery.

“It can often mean being sent to a different geographical area, so I thought why not take that public support to connect people offering me a residence to others who still need it.”

Having set up the site on Wednesday, he has already had 500 messages from people offering rooms, flats, annexes, cottages, and even “entire houses”.

At the moment he is having to make the connections himself, but is hoping the system can be “automated” soon.

Mr Alsousou, who is currently living in accommodation at Horton General Hospital in Banbury, said of the site’s success: “To be honest, it’s gone wild.

“My emails have been constantly pinging.”

Meanwhile, NHS colleagues have set up a website allowing the public to donate money to buy personal protective equipment (PPE), which is in high demand across the health service.

The website nhsmasksnow.com is aimed at raising £250,000 to buy high-rate protection masks, surgical gowns, goggles, visors and hand sanitiser on the open market.

It is also asking for businesses who have spare PPE to contact them directly, so they can arrange for firms to supply their local NHS trusts and health workers with any surplus.

A spokesman for the website told the PA news agency: “In hospitals, the key thing is viral load.

“In hospital, there’s a much more of the virus that’s going to be around than say if you caught off someone on the bus.

“So we want to help protect everyone, not just frontline workers, not just those in ITU, but everywhere so everyone is as safe and protected as we can make it.

“We just need to work together, any way we can, so make sure everyone has what they need.”

Elsewhere, nationally, NHS staff have reported being “petrified” over a lack of kit while others have been left in tears as they fear for the safety of themselves and their families.

Around 20,000 NHS staff have written to the Prime Minister Boris Johnson, who himself has contracted Covid-19, calling for action over PPE shortages.

A Government spokesman said in the past two weeks it had delivered “390 million items of PPE to frontline staff in hospitals, ambulance trusts, GP practices, pharmacists, care homes and hospices”.