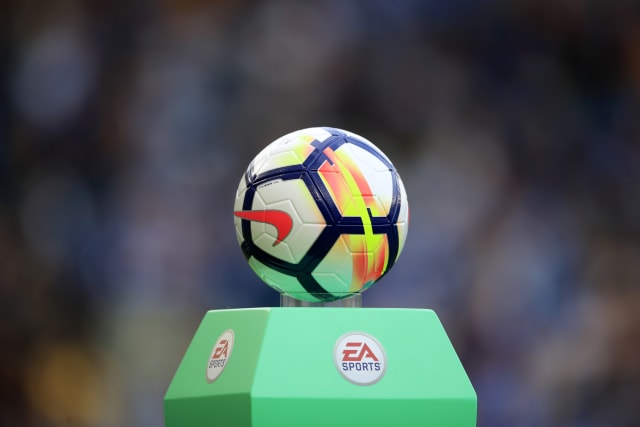 The Professional Footballers' Association said players must "share the financial burden" during the coronavirus pandemic after Health Secretary Matt Hancock called on Premier League stars to take a pay cut.

During a Downing Street press conference on Thursday, Mr Hancock said top division footballers should "play their part" alongside the rest of the nation.

Clubs from the Premier League to League Two have already placed non-playing staff on furlough leave under the Government's coronavirus job retention scheme but pressure is mounting on players to accept wage cuts or deferrals.

At the briefing, Mr Hancock said: "I think that everybody needs to play their part in this national effort and that means Premier League footballers too.

"Given the sacrifices that many people are making, including some of my colleagues in the NHS who have made the ultimate sacrifice of going into work and have caught the disease and have sadly died, I think the first thing that Premier League footballers can do is make a contribution, take a pay cut and play their part."

Following the press conference, the PFA said it accepted players must be accommodating in order to mitigate the financial impact of the Covid-19 outbreak.

The players' union said in a statement: "We fully accept that players will have to be flexible and share the financial burden of the Covid-19 outbreak in order to secure the long-term future of their own club and indeed the wider game.

"Our advice going out to players at this point reflects that expectation."

Bournemouth manager Eddie Howe and his Brighton counterpart Graham Potter have agreed to wage cuts, along with other senior staff at those clubs, while players and management staff at Championship leaders Leeds have agreed to defer wages.

But some Premier League clubs have made use of the furloughing scheme – including Tottenham in a move criticised by their former player Gary Lineker – and the PFA added that clubs should only be taking up the Government funding of 80% of wages for any staff it lays off if absolutely necessary.

The statement added: "We are aware of the public sentiment that the players should pay non-playing staff's salaries. However, our current position is that – as businesses – if clubs can afford to pay their players and staff, they should.

"The players we have spoken to recognise that the non-playing staff are a vital part of their club and they do not want to see club staff furloughed unfairly.

Message from the Chairman.

"Any use of the Government's support schemes without genuine financial need is detrimental to the wider society."

Former Manchester United and England defender Gary Neville was critical of Hancock's remarks, writing on Twitter: "I wish I was a player for 10 more mins. The PL players are more than likely working on a proposal to help clubs, communities and The NHS.

"It takes longer than 2 weeks to put together. Matt Hancock calling them out when he can't get tests in place for NHS staff is a f@@@@@g cheek!"

Premier League clubs are due to gather via conference call for a shareholders' meeting on Friday morning, where it is expected they will be briefed on discussions between the league, the English Football League and the PFA.

The FA is due to announce steps it is preparing to take in due course. In a statement released on Thursday afternoon, the national governing body said: "We want to ensure that we take the appropriate course of action to support the wider organisation and our employees."