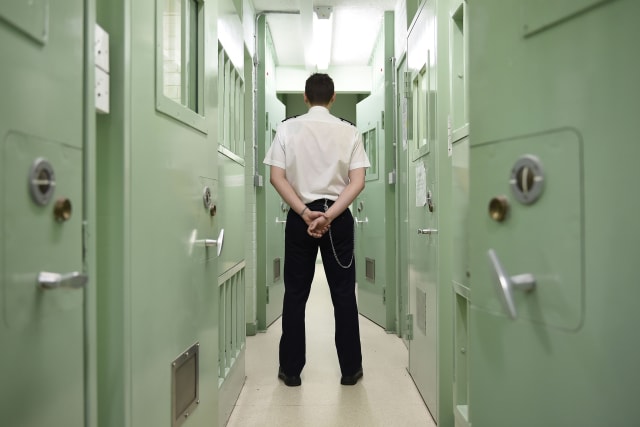 Campaigners have called for prisoners to be released early amid the coronavirus outbreak, warning that failure to act could lead to deaths on an “unprecedented scale”.

The Howard League for Penal Reform and the Prison Reform Trust added to pressure calls for the Justice Secretary Robert Buckland to take action in an open letter.

The letter said: “Decisive further action to release a substantial number of prisoners in England and Wales is required now in order to prevent loss of life on an unprecedented scale.

“We also urge you to take urgent steps to encourage a significant reduction in the number of people sent to prison, including recalls and remands to custody, as well as the imposition of custodial sentences at this time.”

Reiterating pleas for the minister to fulfil his legal obligations to protect the lives of those detained by the state, the letter lists steps taken by other countries including Ireland, France, the Netherlands and the USA.

Campaigners also cite a report from Professor Richard Coker, Emeritus Professor of Public Health at London School of Hygiene and Tropical Medicine, which warns: “Time is of the utmost importance.

“The risk of exposure of Covid-19 to prisoners and staff when new cases enter a prison is far, far greater than the risk to individuals in the wider community.”

The news comes as Dr Kate Paradine, chief executive of charity Women in Prison, warned of a “public health catastrophe” in prisons amid the outbreak.

As of 5pm on Tuesday, 69 inmates had tested positive for coronavirus in 25 different prisons in England and Wales.

Around 3,500 prison staff – representing about a tenth of the workforce – are in self-isolation.

Some 14 prison staff have tested positive for the virus in eight jails, as well as four prison escort and custody services staff.

Prof Coker’s report added: “In the longer term, all prisons are very likely to experience outbreaks.

“Overcrowding, unsanitary conditions, poor ventilation in a prison will likely increase the speed with which an epidemic unfolded, even if the number of cases cumulatively remained unchanged.

“Despite the measures taken, including the restriction to longer periods to their cells, the limitations on the movements into and between prisons, the challenges in preventing prisoners from becoming exposed, are likely almost insurmountable, in my opinion.

“Action to address these issues in prisons is needed extremely urgently.”

“Prison governors have been calling for this for the last couple of weeks, this must happen.

“So the plan just needs to get started now and we need to realise that this is for the benefit of all of us and it is the right thing to do, it’s the humane thing to do and if we act now, it will not be too late, but very soon it will be and a public health catastrophe will happen in our prisons and impact on all communities.”

Dr Paradine said the Government response “has been far too slow” as she also called for a moratorium on short sentences.

Former chief inspector of prisons Lord Ramsbotham and around 50 other fellow members of the House of Lords, police and crime commissioners, academics and charities, have all urged ministers to suspend short jail sentences.

Earlier this week, Mr Buckland sanctioned the early release on temporary licence of 69 pregnant prisoners and mothers who are behind bars with their babies.

Alternatives such as transferring prisoners to military barracks are said to be under consideration.