Nightingale hospitals to open in Bristol and Harrogate 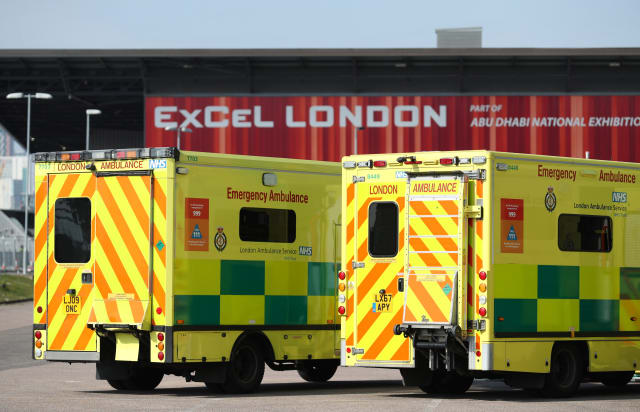 Two more Nightingale hospitals will be opened in Bristol and Harrogate, NHS England has announced.

The news of another 1,500 extra beds to help deal with the coronavirus crisis comes on the same day that the first new hospital is due to open in London.

The new 4,000-bed facility at the ExCel Centre in the capital’s Docklands has been built in less than a fortnight as hospitals up their critical care capacity to deal with Covid-19.

The newly-planned two sites at the University of the West of England and the Harrogate Convention Centre will look after patients from their regions.

The Bristol hospital will be able to look after up to 1,000 patients, while Harrogate can care for up to 500.

NHS hospitals have already managed to free up more than 33,000 beds which is equivalent to 50 new hospitals, according to the service.

The NHS’ chief executive has called the building of the London hospital “nothing short of extraordinary”.

Sir Simon Stevens added: “Now we are gearing up to repeat that feat at another four sites across the country to add to the surge capacity in current NHS hospitals.

“We’re giving the go ahead to these additional sites, hoping they may not be needing but preparing in case they are.”

The Health Secretary has also paid tribute to the “hard work and dedication” of staff working on the hospitals across the country.

Health Secretary Matt Hancock said: “The nation is facing an unprecedented global emergency and we are taking exceptional measures to ensure the NHS has whatever it needs to tackle this virus.

“The NHS and the military have achieved something extraordinary in setting up NHS Nightingale, London in only a matter of days.”