More than 1,000 arrest warrants issued each week for court no-shows 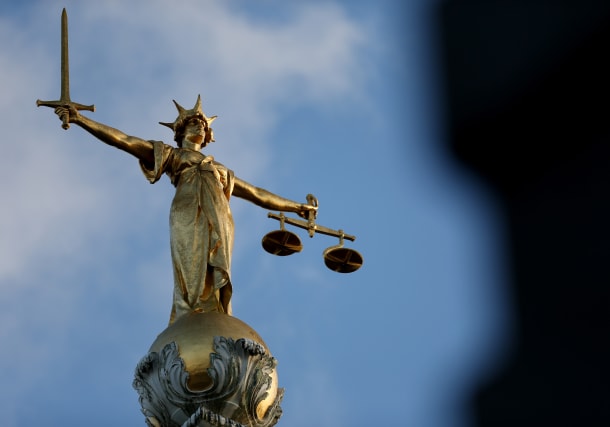 Magistrates in England and Wales issued more than 1,300 arrest warrants every week last year for people who failed to turn up to court, figures reveal.

But a legal charity says the warrants, which can result in prison terms, are a waste of police time and an unfair punishment.

Ministry of Justice figures show 70,586 failure to appear warrants were issued in magistrates’ courts in 2019, the equivalent of 1,357 every week.

Defendants risk receiving a fine or being sent to prison for the offence.

Penelope Gibbs, director of Transform Justice, said she was not convinced the “punishment fits the crime”.

“Someone who doesn’t turn up for their court hearing may not have got the letter, or may have mental health problems or lead a chaotic life,” she said.

“They should of course turn up for their court hearing, but maybe the response to failure to appear may need to be different.”

With two million court hearings last year, it means that failure to appear warrants were needed for around 3.6% of cases.

Two thirds of the warrants were issued for offences such as theft and burglary, which could be heard in either magistrates’ courts or crown courts.

The Greater London Criminal Justice Board issued the highest number of warrants, with 10,788 – almost three times as many as the second highest count, in West Yorkshire.

Ms Gibbs said failure to appear warrants are a poor use of police resources, particularly for people who “seldom pose an immediate threat to public safety”.

She suggested new approaches such as the use of text messages to remind people about trial dates and giving them a second chance to come to court if they can be reached by phone.

Though the number of warrants issued across the country has been gradually decreasing, Ms Gibbs said this was probably because magistrates dealing with less serious cases have been instructed to sentence people in their absence if they do not turn up.

But John Bache, national chair of the Magistrates Association, said the number of failure to appear warrants being issued is still very concerning.

He said: “When people do not attend court when required to do so it leads to delays in the justice system, which is a waste of scarce resources and may also be upsetting for victims.”

A Ministry of Justice spokesman said the warrants ensure people attend court and prevent further delays, but that the decision to issue them is a matter for the independent judiciary.