Government to ramp up Covid-19 testing 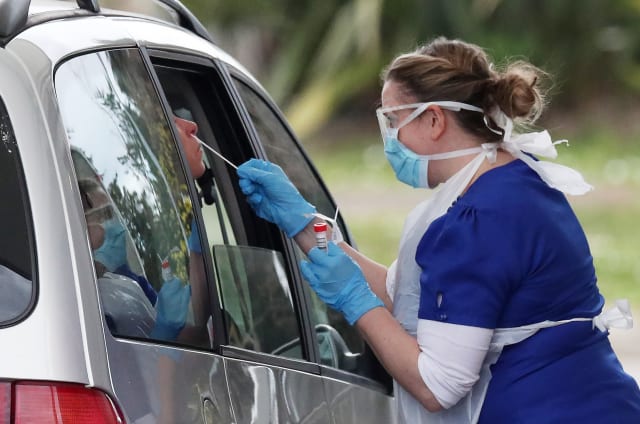 The Government is to ramp up testing for Covid-19 after Boris Johnson said it was the key to “unlock the coronavirus puzzle”.

Downing Street said Health Secretary Matt Hancock would be setting out plans for a “significant increase” amid criticism the UK has been lagging behind other countries.

The Prime Minister’s official spokesman said the Government had finally reached its target of 10,000 tests a day, with 10,412 carried out on Tuesday in NHS and Public Health England (PHE) laboratories across the UK.

The spokesman said the total number of NHS staff to be tested at drive-through facilities had now risen to 2,800, although “significant numbers” had also been tested at NHS and PHE labs.

He said that they were working on a number of measures which would enable “hundreds of thousands” of tests to be carried out each day.

“We acknowledge that more needs to be done in relation to testing.

“We need to be testing more people and we need to be making progress very quickly,” he said.

Testing NHS staff is seen is vital as the epidemic approaches its peak, potentially enabling thousands of staff, who are self-isolating because they or their family members have shown symptoms, to return to work once they are shown to be clear of the disease.

The Prime Minister’s spokesman said that following complaints of shortages, the NHS had developed a new specification for the swabs used to carry out the tests which had been validated and shared with potential manufacturers.

“We think that provides us with a way forward to complete hundreds of thousands of tests,” he said.

Following the opening of a large-scale testing laboratory in Milton Keynes in just a week, the spokesman said two more would be opening next week in Cheshire and Glasgow to cover the north of England and Scotland.

At the same time, the Government was working with nine potential suppliers on developing an antibody test which would show whether people have had the virus, and is seen a key to lifting the lockdown.

However the spokesman said that it was essential that they were accurate as other countries had introduced antibody tests which were not accurate with “significant adverse consequences”.

He said the Government had previously been offered tests which had not met the required levels of accuracy and would not have been safe to use.

“We must make sure the tests are accurate.

“We are working as quickly as we can on that and as soon as a test is approved then we will announce it publicly,” he said.