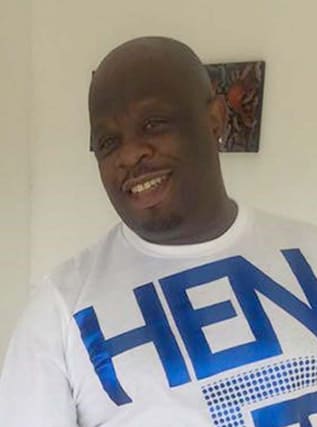 The family of a nurse who died after treating a coronavirus patient said the Government has questions to answer about the lack of personal protective equipment (PPE) and testing of NHS staff.

Thomas Harvey, a father-of-seven, died “gasping for air” at the family home in east London on Sunday, having collapsed in the bathroom.

His son, also named Thomas, described having to punch a hole in the door as he and other family members made desperate attempts to get to the 57-year-old, who had spent 20 years as a nurse at Goodmayes Hospital in Ilford.

He said efforts to provide protective equipment to healthcare staff and to roll out Covid-19 testing were much too slow.

Mr Harvey, 24, told the PA news agency: “Why has it taken so long? Why have we had to lose my dad, and similar situations, for you (the Government) to take action?

“It is frustrating to think that a situation like this could have been prevented with the correct care from the Government.”

He said the grandfather-of-three had been given only “gloves and a flimsy apron” to protect himself from infection, and had isolated himself at home after beginning to show symptoms of the virus a few weeks ago.

Despite paramedics being called out when his condition worsened around a week before his death, he was not admitted to hospital or tested for the virus, a decision the family were surprised by.

Mr Harvey said: “At that point he wasn’t eating for eight days, he wasn’t breathing properly, which you could hear. He was very weak and was complaining about pains but they had told us that his case was mild so he wouldn’t be taken into hospital for treatment.

“We were like ‘If that’s a mild case, then what’s the worst case?’”

An ambulance was called to the house on Sunday but, despite attempts to resuscitate him, he was pronounced dead.

The family was informed by the nurse’s colleagues after his death that he had treated a patient with the virus.

Mr Harvey senior had expressed concerns to his wife of 26 years, Marcia – also a healthcare worker – about the lack of protective equipment and testing, his son said, adding that mass testing of frontline workers like his father should have begun long before now.

He said: “The test should have been offered as soon cases started popping up all over.

“If you’re supposed to be helping other people you should know that you are also well enough to do that and you’re not going to be passing stuff onto other people, because it works both ways.

“It’s sad that he had to get it but also his role, and what he loved to do, was ensuring the protection and safety of other people and he wasn’t given the opportunity to do that as he wasn’t tested.”

The family, who stressed that they in no way blame the NHS in relation to their father’s death, is awaiting confirmation on the Covid-19 test result.

A GoFundMe page set up to raise money for funeral expenses, will see 10% of donations given to the Homerton Hope charity, part of the Homerton University Hospital Trust, to help provide protective equipment for staff there.

Mr Harvey said he and his family are now in a “weird situation” of having to continue to isolate in the house where their father passed away.

He said: “It’s a weird situation to be in. He died downstairs. We’re not able to leave the house. It’s just a horrible vibe.”

Planning a funeral in the current climate of social distancing will also be difficult, he added.

“My family is huge,” he said. “To think that we aren’t able to have a proper send-off as a family is also sad to think about.”