Eddie Large remembered as ‘an incredible talent and outstanding comedian’ 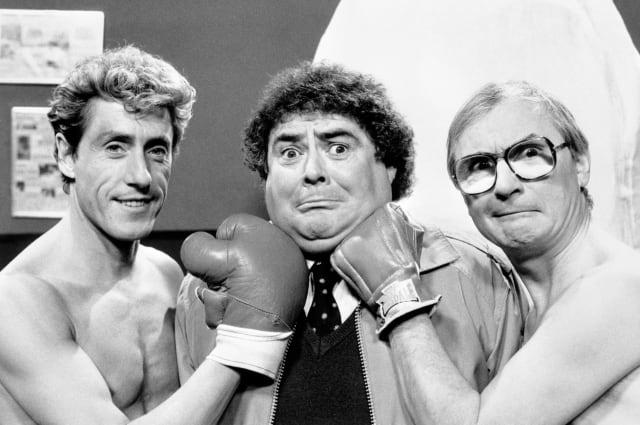 Eddie Large has been remembered as “an incredible talent and an outstanding comedian” after his death at the age of 78.

The Little And Large star, best known for his comedy double act with Syd Little, contracted coronavirus while he was being treated in hospital for heart failure.

Tommy Cannon, one half of the comedy duo Cannon and Ball, wrote on Twitter: “Devastated to hear that my good friend Eddie Large has passed.. very heavy hearts at home today. Mine and Hazels hearts go out to Patsy and the family.”

TV presenter Timmy Mallett wrote: “Dear Eddie Large – thank you for the laughter and joy. Deepest condolences to all your family and friends.”

Theatre producer and director Johnny Mans, who toured The Little and Large Show for more than three decades, told the PA news agency: “Eddie was a great longstanding friend, an incredible talent and an outstanding comedian.

“Having toured the Little and Large Show for over 35 years, they were one of the most successful double acts on the UK variety theatre circuit.

“I will miss Eddie terribly and he will be a great loss to the world of showbiz.”

Film director Edgar Wright remembered spotting the duo as a child and wrote: “In the 80’s my family were on the M5, overtaking a car with a massive Little & Large decal on the back.

“I was bemused a sticker even existed, then floored to see Eddie Large himself driving (with Syd in shotgun). I waved furiously. My 1st celebrity sighting & still the best. RIP.”

Boxer Frank Bruno said he had happy memories of working together over the years saying: “RIP Eddie Large of Little & Large we spent loads of quality time together including pantomimes and TV appearances.

Actress Linda Lusardi, who was recently discharged from hospital after battling Covid-19, said she is “devastated” by the news and sends her love to his widow Patsy.”

Yes keyboardist Rick Wakeman said he was “totally gutted” by the news, adding: “I have wonderful memories of time spent with him ……thanks for leaving them with me Eddie . I will enjoy them for years to come.”

“Here is Eddie’s *brilliant* Gotcha inflicted by Noel Edmonds and featuring @RebeccaFront (bettered only by the Lionel Blair one).”