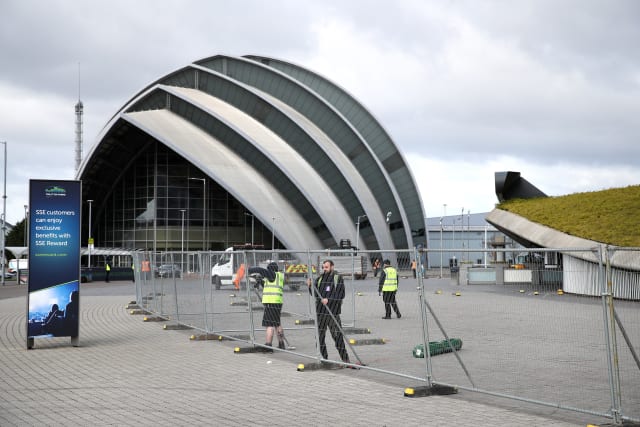 A delay to UN climate talks due to take place in Glasgow in November already looked inevitable before the official announcement on Wednesday night.

But the postponement due to the coronavirus pandemic leaves questions over action by countries that need to urgently increase ambition to cut greenhouse gases to avoid the worst impacts of global warming.

The UN and UK announced the Cop26 climate summit – the most important since the Paris Agreement was secured in 2015 – would be delayed to 2021 as nations grapple with Covid-19 infection, lockdowns and economic fallout.

Experts and campaigners have warned the pandemic has not paused the climate crisis and are urging governments to use economic stimulus packages they will draw up in response to Covid-19 to rebuild sustainably.

Former UN climate chief Christiana Figueres said: “If governments put health, nature regeneration and climate action at the core of every decision they make in recovering from this pandemic, we can emerge as a stronger and more resilient society, and ensure the Cop26 puts us on track to a safer climate future.”

The short-term impact of measures to tackle the pandemic has seen falls in air pollution, emissions and energy demand, as airlines ground their fleets, people stay home and industry is closed down.

But any pollution “wins” from countries grinding to a halt could be quickly undone as they gear up again, especially if governments and industries use the crisis to undo existing regulations such as vehicle emissions standards.

Professor Chris Hilson, director of the Reading Centre for Climate and Justice at the University of Reading, said: “What government should be doing instead is to make state support for businesses conditional on them committing to meeting climate targets.

“They also need to use weakened oil prices to remove fossil fuel subsidies.”

The delay to the talks gives countries currently focused on the immediate health crisis more time to submit updated plans for more ambitious emissions cuts, as they are expected to under the Paris deal.

The diplomatic timetable was already tight for the UK to show leadership by setting out its policies to meet its target to cut emissions to net zero by 2050, and get key countries to update their own plans.

With the pandemic, that timetable became impossible, and the groundwork – including preparatory meetings – for a successful summit would not have been laid.

Prof Mark Maslin, professor of climatology at University College London, said the delay was a “blessing in disguise” as the Government was nowhere near ready to lead such important international negotiations.

“Now we have time to prepare properly and learn lessons from the unprecedented global response to Covid-19 to how best to deal with climate change.”

The Covid-19 response showed the critical central role of governments, rather than markets, in looking after the health and safety of society and should be used to tackle climate change, he said.

The European Union said it is on track to set out plans to cut emissions by 50-55% by 2030 in September, one of the key milestones in the Cop26 build-up, which could give other countries more time to respond.

It may also be an advantage that the Glasgow talks have shifted away from the immediate aftermath of the US presidential election, due to take place days before the meeting.

By 2021 the dust would have settled on any re-election win for Donald Trump, who has pulled the US out of the Paris Agreement, or a Democratic president could be determined to take climate action in the Oval Office.

The UK also has presidency of the G7 group of major economies in 2021, giving the opportunity for a joined-up approach that links the climate fight with economic resilience.

Lord Stern, adviser to the UK Cop26 presidency and chairman of the Grantham Research Institute on Climate Change and the Environment at LSE, said: “There is an opportunity in the recovery from the Covid-19 crisis to create a new approach to growth that is sustainable, inclusive and resilient.

“Now is the time to forge a new internationalism and move from this crisis to a much more sustainable and resilient economy in closer harmony with the natural world.”