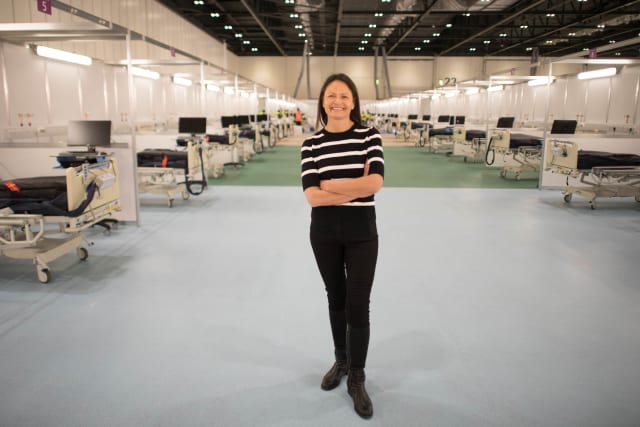 Charles, who earlier this week completed self-isolation following his Covid-19 diagnosis, will launch the 4,000-bed temporary facility at the ExCel convention centre in east London on Friday, via video-link.

From his Scottish home of Birkhall, the prince is expected to say a few words in tribute to all those who have worked to create the new medical facility, and to people across the UK who continue to deliver frontline care to those affected by the coronavirus crisis.

Attending the ceremony in person will be Health Secretary Matt Hancock, who recently came out of isolation after recovering from the virus, Professor Charles Knight, chief executive of NHS Nightingale, and representatives from the Ministry of Defence, contractors and volunteers.

Ruth May, chief nursing officer for England, will host the event with Mr Hancock and Prof Knight due to give brief remarks.

Natalie Grey, head of nursing at NHS Nightingale, will then unveil a plaque on behalf of Charles to mark the hospital’s official opening.

The Nightingale, named after nursing pioneer Florence Nightingale, will need an army of up to 16,000 staff in clinical and ancillary roles to keep it running.

Split into more than 80 wards containing 42 beds each, the facility will be used to treat Covid-19 patients who have been transferred from other intensive care units across London.

It was set up by NHS contractors, with the assistance of around 200 military personnel, in a matter of weeks.

But health officials fear communications and a lack of clinically trained staff will present some of the biggest challenges for the new facility.

Leaked documents seen by the Health Service Journal reveal communication is envisaged to be a problem due to the building’s poor acoustics and because all staff will be working in an unfamiliar setting in a team of people they have never met before.

The papers also warned that non-specialist nurses may be asked to perform “unfamiliar” tasks, such as dealing with complications arising from intubation, normally only done by intensive care nurses.