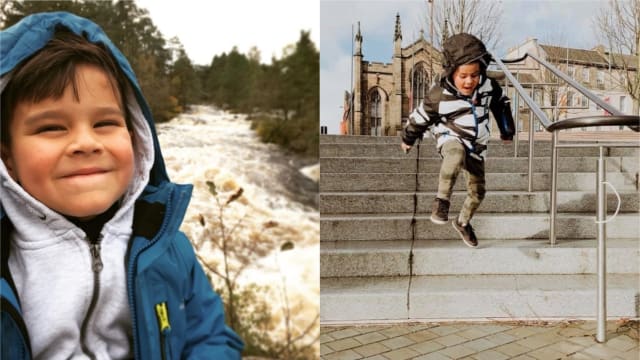 A seven-year-old left isolated after moving house just before the UK lockdown has received messages from across the world after a social media appeal.

The family moved a week earlier than planned because they felt they risked becoming stuck with nowhere to live as the contract at their old house was coming to an end.

Harley was due to start year two at Western Primary School on Tuesday, but the coronavirus outbreak meant he was unable to say goodbye to family and friends in Scotland or meet new people in Yorkshire.

“That affected Harley a lot … it was a very surreal move,” said Mrs Glen, a 33-year-old personal trainer.

“When you move and can’t say bye to anyone or meet anyone new, that’s when I really thought I had to see if I can try and connect.”

Mrs Glen sent an appeal on a local Facebook group asking for pen pals to get in touch with “terribly lonely” Harley, either by messaging her on Instagram or sending a written letter to his new school.

The post was seen by a BBC journalist who wrote an article about the appeal, which has, in turn, caused people from across the globe to get in touch.

“We have had Instagram messages from a family in Osaka, Japan, two families from New Zealand and a lot from around here, it’s crazy,” Mrs Glen said.

“There have been messages from people saying they feel lonely too … even people who don’t have children have sent messages saying they are thinking about Harley.

“The mums of three or four children who will be in Harley’s new class have got in touch … and today we did a mini Spanish class on Zoom with some of them.”

Harley told the PA news agency that the messages make him feel “happy” but said: “I would probably be scared if I became friends with everyone in the world.”

Mrs Glen added: “Everyone’s been so sweet and nice and positive, which is so nice for Harley to be around right now – I can’t imagine how bored he must be being in the house all the time with all that energy.”

Mrs Glen said she hopes Harley’s appeal will encourage others to start writing to pen pals to “stay positive and connected”.

Those wishing to get in touch with Harley can message Mrs Glen’s Instagram, @theexploremoremum, or write a letter to Miss Ward at Western Primary School, Harrogate.

Miss Ward works at Harley’s school, which Mrs Glen said has been “really positive” about the appeal and will pass on the letters to the family.