‘It’s too early for me to forgive IS killers’, brother of slain aid worker says 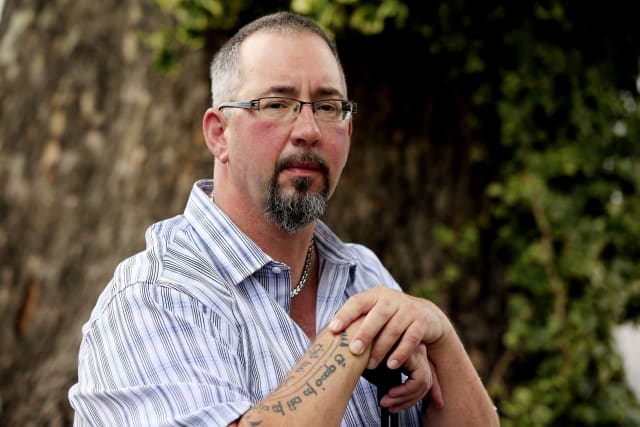 The brother of murdered humanitarian David Haines said he is “not strong enough to forgive” the British jihadis responsible for the killing, but said he took “courage, support and comfort” from children’s poems written in his sibling’s memory.

Mike Haines said he initially felt like he wanted “to go to Syria and kill” after aid worker David, 44, was captured and beheaded in 2014 after being held by a four-man terrorist group of Britons dubbed “The Beatles”.

David, a father-of-two from Perth in Scotland, was working for an aid agency in Syria when he was captured in March 2013 before being killed on camera by the terrorists.

Mohammed Emwazi – the group’s ringleader, also known as Jihadi John – was killed in a US air strike in 2015, while Aine Davis is in jail in Turkey for terror offences. The other two cell members, Alexanda Kotey and El Shafee Elsheikh, are in US custody.

Asked whether he would ever be able to forgive those responsible for his brother’s barbaric death, Mr Haines told the PA news agency: “‘Forgiveness’ is a very tough word and I’m not a strong enough man to forgive my brother’s murderers – maybe one day.

“‘Forgiveness’ is not the word I would use. It is possibly ‘understanding’.

There have been calls, including from former MI6 chief Sir John Sawers, for the remaining Beatles to be brought before a UK court and put on trial in the same way Manchester Arena bomb conspirator Hashem Abedi was brought before the Old Bailey earlier this year.

And former east London schoolgirl Shamima Begum provoked anger when she said she wanted to return to the UK from Syria, where she had been since joining Islamic State as a jihadi bride.

She was later stripped of her British citizenship.

Mr Haines, 54, from Dundee, said it was right for those who had committed crimes “to face a proper judicial system”.

He added: “It’s not for me to influence or judge any system that deals with these people. I’m too close to it.

“It’s easy to think with our hearts and emotion.

“When I first heard of my brother’s murder my first emotion was anger, hatred – I wanted to go to Syria and kill.

“But it needs cool heads and logical thinking, we need to think with our brains not our hearts to find a solution to how we deal with these people.”

Mr Haines said he had taken particular comfort from thousands of entries to a school poetry competition, Words Of Unity, set up in his brother’s memory for pupils to share what “unity” means to them.

Mr Haines, who set up the Global Acts of Unity schools charity in 2014, became emotional as he described how the writing has particularly helped while the country is in virtual lockdown.

He said: “The act of murdering my brother was an act of hatred and destruction and division – the very act of creating a poem means it is almost an act of defiance in the hatred that is so prevalent today.

“What these students have created, it’s very moving.

“I come into my office and there are times when you feel down. We are in isolation here. A lot of negativity.

“But I come into my office and there are nice letters, poems, that brighten my day.

“Of course the very nature of the campaign means I’m reliving what happened over and again.

“There were poems that talked about David and his murder – they were very difficult – I could only read about five or six poems at a time.

“They were pouring their hearts into their poems, I had to take a break because the emotions were so strong.

“But they have given me courage, support and comfort.”

He said his brother “would have been knocked back” by the competition, which has seen more than 2,400 students from across the UK take part.

The winning entry was by Liv Goldreich, a 15-year-old pupil at Highgate School in North London, for her poem entitled Motley Crew.