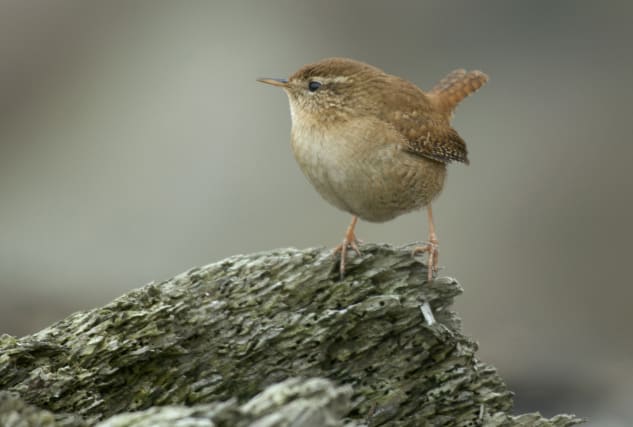 This year’s milder winter boosted the fortunes of smaller birds such as long-tailed tits, wrens and coal tits, a nationwide garden bird survey has revealed.

Results from the RSPB’s annual Big Garden Birdwatch, which took place in the last weekend in January, show that smaller birds which struggle in harsher winters were seen in more gardens this year than in 2019.

The number of gardens where long-tailed tits were seen was up by 14% compared with 2019, according to the survey in which members of the public spend an hour watching the birds that visit their garden or outdoor space.

Wrens were seen in 13% more gardens and coal tit sightings were up 10% on last year.

The milder weather at the start of the year seems to have helped populations of some of the smallest garden birds, which struggle to survive in colder conditions.

Overall, the house sparrow remains at the top of the Big Garden Birdwatch rankings with almost 1.3 million sightings.

Starlings were in second place and blue tits in third, the results show.

The survey has been running for more than 40 years, allowing conservationists to track the longer-term fortunes of birds that visit gardens.

This year almost half a million people across the UK took part, counting almost eight million birds, the RSPB said.

RSPB conservation scientist Daniel Hayhow said: “Small birds suffer during long, cold winters but the warmer January weather this year appears to have given species such as the wren and long-tailed tit a boost.

“Over the survey’s lifetime, we’ve seen the increasing good fortunes of birds such as the coal tit and goldfinch and the alarming declines of the house sparrow and starling.

“But there appears to be good news for one of these birds.”

While there has been a 53% decline overall in house sparrow numbers over the Big Garden Birdwatch’s lifetime from 1979-2020, in the most recent decade, since 2010, numbers appear to have increased by 10%.

The rise in recent years gives conservationists “hope that at least a partial recovery may be happening”, said Mr Hayhow.

As the country remains in lockdown to battle coronavirus, the charity is helping people share wildlife encounters, providing ideas for helping wildlife close to home, and inviting people to join the #BreakfastBirdwatch from their homes, on weekdays from 8am-9am.

RSPB chief executive Beccy Speight said: “These are difficult and unsettling times for all of us, but we hope that nature can provide a welcome respite in whichever form and wherever you may encounter it.

“Watching wildlife, whether from a window or a balcony or even online, can offer many of us hope, joy and a welcome distraction, and so we are keen to help you carry on connecting with the natural world.”