Former athlete completes marathon in his back garden 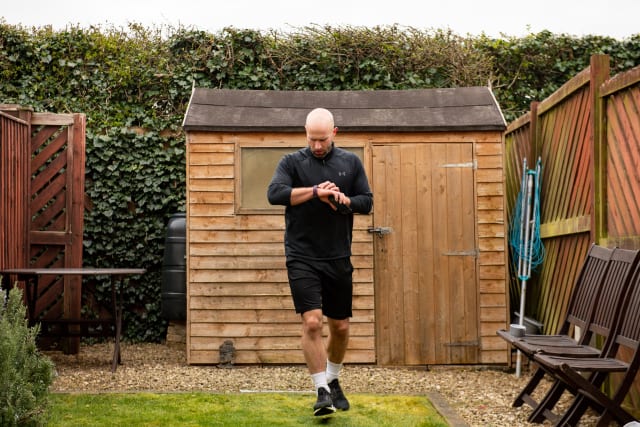 A former international athlete spent his birthday running a marathon – in his six-metre-long back garden.

James Campbell spent his 32nd birthday running the 26.2-mile marathon course on Wednesday and took five hours and five minutes to complete more than 4,000 shuttles of his garden.

Mr Campbell promised to undertake the challenge if he got 10,000 retweets to his initial post on Twitter, having become bored while in lockdown at home in Cheltenham, Gloucestershire.

With the target reached in hours – with the likes of Premier League footballers Raheem Sterling and Michy Batshuayi retweeting him – Mr Campbell set up a justgiving.com page with a fundraising target of £10,000 for the NHS.

He smashed the fundraising target, with more than £17,000 raised so far.

Mr Campbell celebrated by jumping in the air and swigging from a bottle of beer.