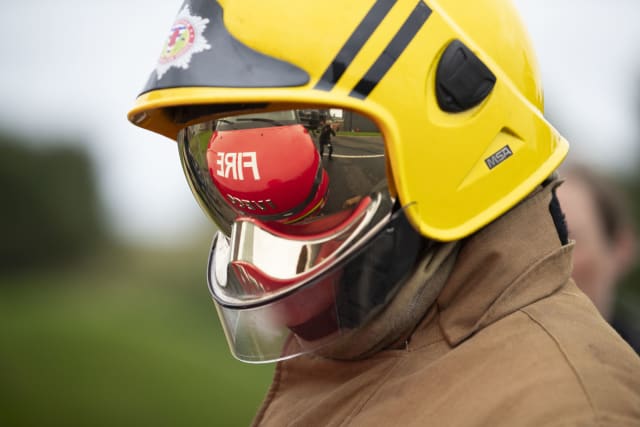 Crews are dealing with a large-scale fire at a tenement block in Glasgow.

The alarm was raised about the incident on Kenmure Street at around 4.53pm on Wednesday.

Nine appliances were sent to the scene and firefighters have been working to contain the flames.

It is understood the blaze took place above the Bismillah Food Store and a pharmacy.

A Scottish Fire and Rescue Service spokesman said: “We were alerted at 4.53pm on Wednesday to reports of a well-developed fire within a tenement building on Kenmure Street, Glasgow.

“Operations control mobilised nine appliances including two height appliances and firefighters are working to contain and extinguish the flames.

“There are no reported casualties at this time.

“Crews will remain in attendance for some time.”

It follows the collapse of a building at the nearby Albert Drive due to a large-scale blaze at another tenement block in November.

The first minister of Scotland Nicola Sturgeon visited the scene of the aftermath, as it is located in her constituency.

She tweeted that the latest incident was “horrible to see”.

Ms Sturgeon posted: “This is horrible to see – and so soon after the Albert Drive fire just across the road.

“Hoping everyone is safe and any damage is limited.”