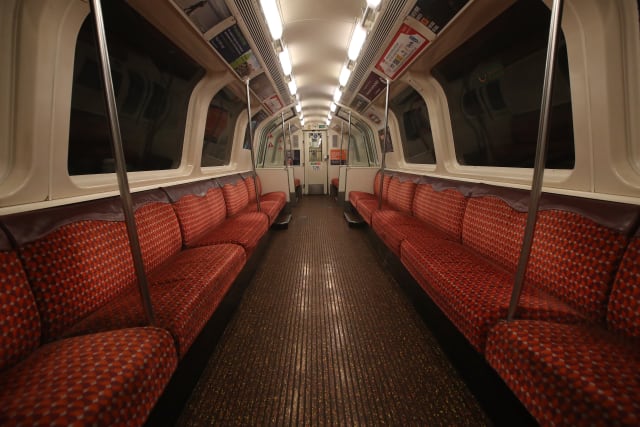 Commuters who are saving money as they work from home during the coronavirus lockdown are being urged to donate some of it to the relief effort.

While many have lost jobs and are suffering financial hardship as the lockdown continues, some workers now doing their jobs from home are finding themselves better off because they are not spending money on things like travel or eating out.

Now two professionals from east London have set up a Gofundme page encouraging those who find themselves in that position to give money to the relief fund set up by the National Emergencies Trust.

Jake Savile-Tucker, a 27-year-old solicitor who set up the fundraiser with partner Hannah Mughal, told the PA news agaency: “We were fortunate that we worked in professional services and we can just work from home but my parents are self-employed, they can’t work, and lots of people have jobs where working from home just isn’t reality.

“It made me just realise how, like most crises, the impact can be quite different on different groups of people.”

When social distancing measures were first announced, Mr Savile-Tucker and Ms Mughal had been hoping to help out people in need in the local community, doing jobs such as collecting groceries for those who could not leave the house.

But those plans were scuppered when the pair started presenting symptoms consistent with Covid-19.

So they hatched the scheme to raise money while isolating at their home in Walthamstow.

He said: “It’s quite unfair in many respects how some people it has a massive impact – it imperils their income and their lifestyle – whilst other jobs are relatively unaffected.

“And not only unaffected but a lot of people will be saving money from not having to commute, not eating out – whether that be in the working day or more generally.

“So I thought maybe those people who are fortunate like I am and like Hannah is could donate those inadvertent savings to the frontline where it can do the most help.”

The pair chose the National Emergencies Trust as the recipients of the cash because they thought it would make sure the money had “the most impact”.

Ms Mughal, a 28-year-old PR consultant, said: “They’re leading the charge for the charity sector in raising funds for local charities and grassroots organisations to provide vital support in the quickest way possible.”

On the Gofundme page, they give an example of somebody who works in London, uses the Tube to commute to work and buys a coffee every day, estimating they may save around £65 a week working from home.

“Of course I’m not expecting necessarily that people will donate the full cost because at times like these it’s quite reasonable that people are slightly more cautious in respect of their own financial positions,” he said, adding that people should donate “what they want to”.

Mr Savile-Tucker and Ms Mughal circulated the fundraising page among their friends and colleagues, and on Wednesday had raised just over £1,000.

Now they are trying to get the message out to a wider audience.

“These are unprecedented times in which those with the least will be hit the hardest,” Mr Savile-Tucker said.

“If you have the opportunity to put money you never expected to have directly to those who are suffering immensely at the hands of this crisis, then you should do that.”

Anyone wishing to donate can go to www.gofundme.com/f/commuter-funding-for-covid19