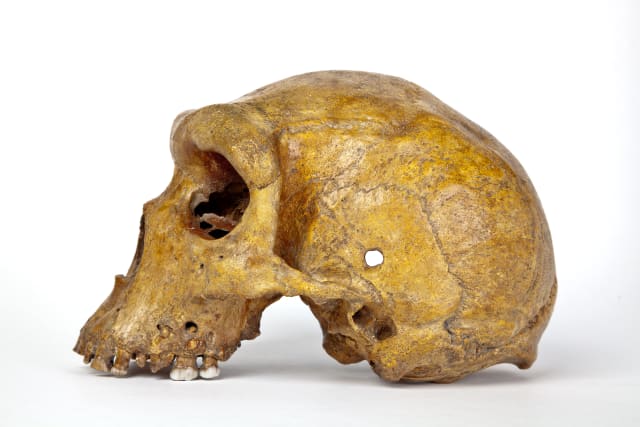 The dating of a fossilised skull of an extinct human species has revealed the specimen to be younger than thought and raised questions about the ancestry of modern humans, scientists have said.

Researchers believe they now know the approximate age of the Broken Hill skull, which belongs to an early human species known as Homo heidelbergensis.

But the new study estimates the fossil to be between 274,000 and 324,000 years old, which makes the specimen much younger than previously thought.

Scientists said the skull, which represents a potential evolutionary link in the chain that led to modern humans, does not appear to share significant similarities with Homo sapiens.

They said the findings, published in the journal Nature, suggest human evolution in Africa around 300,000 years ago was a much more complex process, with the co-existence of different human lineages.

Professor Chris Stringer, of the Natural History Museum and one of the study authors, said: “This is surprisingly young, as a fossil at about 300,000 years would be expected to show intermediate features between H. heidelbergensis and H. sapiens, but Broken Hill shows no significant features of our species.”

He added: “Previously, the Broken Hill skull was viewed as part of a gradual and widespread evolutionary sequence in Africa from archaic humans to modern humans.

“But now it looks as if the primitive species Homo naledi survived in southern Africa, H. heidelbergensis was in south-central Africa, and early forms of our species existed in regions like Morocco and Ethiopia.”

The Broken Hill skull was donated to the Natural History Museum in the 1920s and is currently on display in the museum.

Dating the specimen has been a challenge because the sediments in which it was found no longer exist and high concentrations of heavy metals in the sample have made the process difficult.

So the researchers analysed other fossil human remains, including a tibia and femur fragment, recovered from the same area the day after the cranium was discovered, along with material scraped directly off the skull by researchers in the 1920s that was recently found in the archives of the museum.

They concluded the skull to have a best age estimate of 299,000 years.

The research was led by Professor Rainer Grun at the Griffith University in Australia.