What do the new coronavirus death statistics tell us? 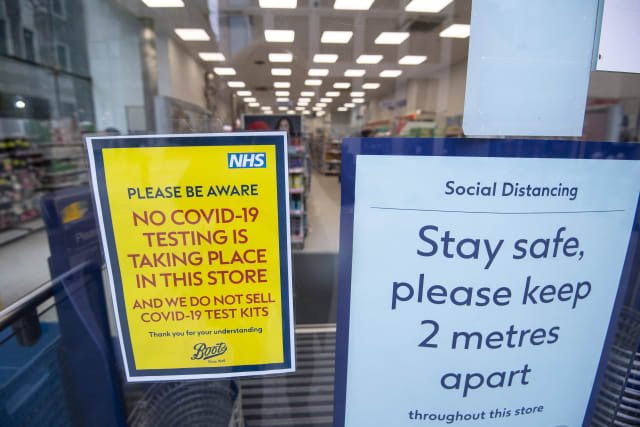 A total of 210 deaths in England and Wales that occurred up to and including March 20 (and which were registered up to March 25) had coronavirus mentioned on the death certificate, according to the Office for National Statistics (ONS).

This compares with 170 coronavirus-related deaths reported by NHS England and Public Health Wales up to and including March 20.

The numbers suggest 40 “more” deaths took place in this period than previously thought – but why are the numbers different?

The reason is to do with how and when the figures are counted and reported.

The ONS figures – which are provisional – are based on the number of deaths registered in England and Wales where Covid-19 was mentioned on the death certificate as “deaths involving Covid-19”.

The number includes all deaths, not just those in hospitals, but there is usually a delay of at least five days between a death occurring and registration.

By contrast, figures published by NHS England and Public Health Wales are for deaths only among hospital patients who have tested positive for Covid-19, and include deaths that have not yet been registered.

A death is only included in these figures once families of the victim has been informed, and this can sometimes take quite a few days – so here too there is a lag between a death occurring and it being counted in the total.

The day-on-day change in death figures reported by health bodies such as NHS England and Public Health Wales is not moving in step with how many coronavirus-related deaths are taking place in real time.

The variations in how and when deaths are counted by separate organisations helps to explain why the numbers are different – but also emphasises the need to be careful when trying to compare them.

There may still be deaths that occurred in this period which have yet to show up in either set of figures.

We have now had confirmation of what was previously suspected: that the true number of coronavirus-related deaths in England and Wales is higher than the number reported by public health bodies.

But because of the difference in how the numbers are compiled, we cannot make any projection about how many more deaths are continuing to take place outside hospitals.

We also cannot be sure of precisely where we are in the “curve” of the coronavirus-related deaths.

This is due to the amount of time that can pass between somebody contracting the virus and their death.

A study published in The Lancet on March 12 based on data reported in Wuhan, China, found that the median average time from the onset of coronavirus symptoms to admission to an intensive care unit (ICU) is about 10 days.

And a separate study by the Intensive Care National Audit and Research Centre, based on cases in England, Wales and Northern Ireland up to March 26, found that those who died spent a median average of four days in an ICU from admission to death.

These factors – the onset of symptoms and the time it takes for a patient to die while in hospital – adds further to the lag in the death statistics.

It means steps taken to limit the spread of the virus, such as social distancing or lockdowns, will take time to show up in the number of deaths.

We are likely to have to wait at least a couple more weeks to get a clear idea of whether the recent measures introduced in the UK to “flatten the curve” of virus-related deaths have had an impact.