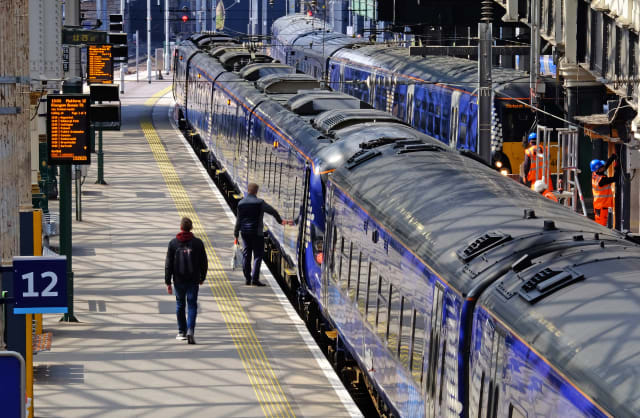 Around 100 jobs are under threat with the proposed closure of a train carriage refurbishment firm in East Ayrshire, a union has said.

Wabtec is planning to “consolidate” its operations in Doncaster, South Yorkshire, following a reduction in orders, according to the Unite union.

The plans would result in the closure of its Kilmarnock base – originally opened as Andrew Barclay and Sons in 1840 – which has helped refurbish recent Abellio ScotRail and ScotRail models.

In November 2017, the rail firm was awarded a train refurbishment contract worth around £8 million, funded by the Scottish Government.

He said: “The Wabtec site in Kilmarnock is steeped in history since opening as Andrew Barclay and Sons in 1840 as an engineering workshop.

“It was only recently Wabtec was saying that was it fully committed to the long-term success of its Kilmarnock facility and that it planned to ‘invest accordingly’.

“We are dismayed by this decision and believe it to be completely premature.

“That’s why we are demanding that the company work with us to explore every avenue to bring in more work.”

He added: “Unite is also asking the Scottish Government to offer every support it can to keep the yard open in order to ensure that jobs can be supported in Kilmarnock and that some manufacturing footprint for our rail industry is still left in Scotland.”

Insert if there has been a bereavement: MP apologises for ‘stupid’ email mistake

Brexit briefing: 215 days until the end of the transition period