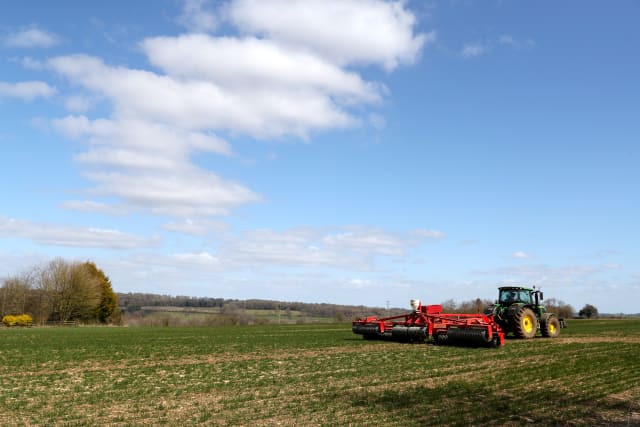 Paying farmers to look after their soil could curb flooding, boost crop production and wildlife, and help tackle climate change, a report says.

The Royal Society report warns that poorly-managed soils which are compacted or eroding can reduce yields, contribute to floods and hit water quality.

Many farmers are already taking care of soils but, while doing so delivers wider benefits, it can come with costs for which they are not reimbursed.

However, the Agriculture Bill, which sets out a new subsidy regime to replace the EU’s Common Agricultural Policy based on “public money for public goods”, includes provision for payments for protecting or improving soil quality.

Experts behind the report said soil is treated as “out of sight, out of mind” but people should be as appalled by badly managed soils as the loss of woods or wetlands.

The report highlights that soil can act as natural flood management by increasing the amount of water seeping into the ground and storing water through its uptake into root systems, but compacted soils prevent this.

Good soil “structure” can improve yields by providing a habitat for earthworms and other organisms which recycle nutrients and prevent erosion.

Healthy soil supports plants and animals above the ground and helps control pests and diseases, the report said.

The report also highlights how huge amounts of carbon from plants and other organic matter is trapped and stored in soils, so managing them well makes them more productive and helps in the climate fight.

Professor Alastair Fitter, emeritus Professor of Ecology at the University of York and a lead Royal Society Fellow on the report, said: “We should be as appalled by badly managed soils in our fields as we are by the loss of our woods or wetlands.

“Our soils lock away more carbon than the vegetation on them, they provide 95% of our food, and when managed well they limit the risk of flooding, while supporting a vast array of life.

He added: “The Government is at a critical moment in setting the course for British farming outside the EU and this evidence synthesis shows how important it is that soils take centre stage in land management policy.”

The experts said news measures are needed, such as planting cover crops instead of leaving fields bare in winter, planting grass leys in rotation, more hedges, and developing small wetlands alongside crops or pasture.

With the wide variety in the UK’s soils and the way they are used, a menu of evidence-based options will be needed for payments so land managers can pick the methods that suit their land.

Any system for managing soils better is likely to require more training and support for farmers, and technology such as drones, which can assess soil health and GPS-guided machinery to limit soil compaction, will be important, the report said.

A spokesman for the Environment Department (Defra) said: “We are committed to improving the health of our soils, which is why our 25 Year Environment Plan sets out an ambitious target of having all soils managed sustainably by 2030.

“In order to deliver this, we are developing a healthy soils indicator to set these new soil health targets and our landmark Agriculture Bill specifically details how farmers will be supported to protect and improve the health of our precious soils.”