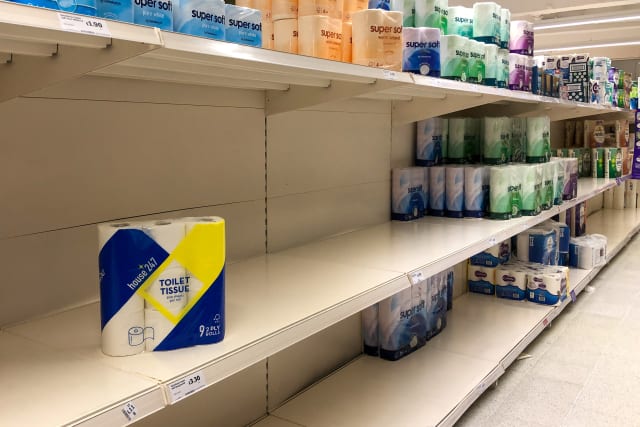 March was the busiest month on record for supermarkets across Britain as shoppers rushed to stock up on vital supplies to see them through the coronavirus pandemic.

Grocery sales rose by a staggering 20.6% in the last four weeks, and 7.6% in the last 12, according to new data from Kantar, beating even Christmas shopping.

Fraser McKevitt, head of retail and consumer insight at Kantar, said: “Retailers and their staff have been on the front line as households prepare for an extended stay at home, with grocery sales amounting to £10.8 billion during the past four weeks alone – that’s even higher than levels seen at Christmas, the busiest time of year under normal circumstances.”

Although grocery sales were high in the first two weeks of March, Britons increased their shopping in the middle of the month, with 88% of households visiting a grocer between March 16 and March 19, making an average of five trips each. This meant 42 million extra shopping trips in only four days.

Shoppers have tended to focus on buying supplies more regularly, rather than massively increasing the amount they buy per trip. However, shopping trolleys have been filling up more as well.

The average household increased its spending by £62.92 over the last four weeks, with shoppers in London, where the virus hit first, spent a quarter more than they usually do.